Update: We now have a full production sample of the Canon 1DX, our review is underway and will be available soon. In the meantime check out the sample images plus the noise, dynamic range and resolution chart results that we have added to this article.

An extra mini-joystick multi-controller, for example, now provides a means of navigating the menu and selecting AF points when the camera is used in portrait format. It makes it much easier to switch between AF points when shooting in the upright orientation. It’s a shame that the menu doesn’t rotate as well though.

Furthermore, the new menu arrangement has a tab and a series of screens dedicated to the AF settings. While this has similar controls to those available in the EOS-1D MK IV and EOS 7D, they are put in much clearer terms, with six different types of shooting conditions listed. There’s also a help menu to explain pertinent features.

Perhaps the Canon EOS 7D could have a firmware upgrade to introduce this new user interface?

Although the menu is extensive, as usual with a Canon DSLR now, it is divided into sections under tabbed headings.

Pressing the Q (Quick menu) button cycles between the tabs while the multi-controllers or main dial can be used to scroll through the various options.

The large control dial on the back of the camera is also touch-sensitive during video shooting and it can be used to adjust the exposure compensation to +-5EV and sound levels.

Tapping the top or bottom of the dial switches between the two options, while tapping the left or right sides adjusts the settings. Clever and quiet.

Having 61 AF points may seem excessive, but they provide better coverage of the scene and this is particularly useful with moving subjects.

The EOS-1DX’s 61 points are still clustered around the center of the frame, but they cover more of it than previous Canon cameras are able to.

Although it’s possible to select individual AF points, they can also be selected in groups of varying sizes to make their selection quicker and easier if it suits the subject.

Our time with the EOS-1DX – priced at £5,299 in the UK and $6,799 in the US – indicates that the normal phase detection AF system is capable of locking onto subjects very quickly even in very low light.

Switch to live view or video mode, however and the contrast detection system is predictably slower and more hesitant – not much new to report there then.

At present Canon is unable to confirm the burst depth of the EOS-1DX, but we are told that it will be able to shoot at least as many images as the 1D MK IV in a single hit. This means it should be possible to record at a maximum of 121 JPEG images or more. At 12fps that will take less than 10 seconds.

We weren’t able to accurately time the maximum continuous shooting duration of the sample model, it varied a bit, but was somewhere approaching 10 seconds. A full production sample may be able to shoot for longer.

If 12fps isn’t fast enough, the EOS-1DX can be set via the custom menu to shoot full resolution JPEGs at 14fps.

While these speeds are useful for getting that fleeting moment of action, few photographers will want to spend hours sifting through lots of 100+ image bursts and ironically, perhaps more speed will bring greater precision. It will certainly reward it with fewer hours in front of a computer.

Canon UK’s David Parry tells us that the decision to cap the EOS-1DX’s effective pixel count at 18 million was made to allow better image quality at high sensitivity settings. This is a familiar argument that we heard from Nikon for many years in defense of its decision to favour 12 million pixel sensors.

In a first for a Canon full-frame DSLR, the EOS-1DX’s CMOS sensor has gapless microlenses. This improves the light gathering potential of each photodiode and thus enables the sensitivity settings to be pushed higher.

According to Canon Europe’s Mike Owen, the EOS-1DX’s photodiodes are 21% larger than those in the 1Ds Mark III. Again, this benefits image quality and helps keep image noise down, especially at higher sensitivity settings.

The EOS-1DX’s maximum extended sensitivity setting (ISO 204,800) should enable images to be taken in near darkness and it will be very interesting to examine the results.

It will also be interesting to see if the claimed –2EV minimum AF sensitivity is able to match the performance. Sadly we weren’t allowed to examine any of the images we shot with the pre-production sample on a computer screen.

Canon tells us that the EOS-1D MK IV will continue, so those who like the 1.3x crop factor can still opt to buy that camera. But these users may look jealously over the fence at 1DX users who have the new 61-point AF system and 12fps/14fps shooting.

Other than buying longer telephoto lenses, an in-camera cropping option that is selected prior to shooting would offer a solution for these photographers. Unfortunately, the EOS-1DX doesn’t currently offer such a mode and Canon was unable to tell us if one might be added as a firmware upgrade.

As part of our image quality testing for the Canon 1DX, we’ve shot our resolution chart.

If you view our crops of the resolution chart’s central section at 100% (or Actual Pixels) you will see that, for example, at ISO 100 the Canon EOS 1DX is capable of resolving up to around 26 (line widths per picture height x100) in its highest quality JPEG files.

We shoot a specially designed chart in carefully controlled conditions and the resulting images are analysed using DXO Analyzer software to generate the data to produce the graphs below.

For more more details on how to interpret our test data, check out our full explanation of our noise and dynamic range tests.

These results show that Canon and Nikon have a similar aim for the in-camera processing of their top-end cameras. This indicates that the JPEG files from the Canon 1DX, Canon 5D Mark III and Nikon D4 have very similar noise levels. Not surprisingly, these camera beat both the older Canon 1D Mark IV and the high-resolution Nikon D800.

Raw (after conversion to TIFF) signal to noise ratio

It’s a very similar story for the raw files (after conversion to TIFF), though the Canon 1DX appears to have a significantly better result at the highest sensitivity settings.

With the exception of the Canon 1DX, all the cameras’ raw files (after conversion to TIFF) have significantly higher dynamic range than their JPEG output. This means that there is more scope to adjust the raw files to reveal tonal variations in the shadows and/or highlights.

Although the D800 is capable of capturing the greatest dynamic range, at the mid-range sensitivity settings, the 1DX is best. At the highest settings, the Nikon D4 and 1DX lead the way, with the 1DX doing the best job at the very top value.

Detail, and colour are great in JPEGs straight from the Canon EOS 1DX.

Even as the light was falling, the Canon EOS 1DX was able to capture lots of detail, meter accurately and reproduce colour well.

Colours are represented well from the Canon EOS 1DX.

Lots of detail can be captured by the Canon EOS 1DX: this image was shot using a 100mm macro lens.

Shot at ISO 25,600, noise is controlled well for such a high sensitivity. Examining the image at 100% reveals chroma and luminance noise, but the image looks great at printing and web sizes.

This image shows the extreme sensitivities the Canon EOS 1DX can reach and was shot at ISO Hi2. Obviously the image degradation is severe, but it’s also important to remember that this was shot in near dark conditions.

This image again shows how the Canon EOS 1DX has coped with a mixed lighting condition, to produce accurate metering throughout the scene.

Canon vs Nikon: which DSLR should you buy?

However, the fact that they do exist raises fundamental questions about the concept of the new camera for existing EOS-1 series users.

The EOS-1DX attempts to address both markets and we look forward to giving a full production sample a thorough test to see if it is up to the job. We hope so. 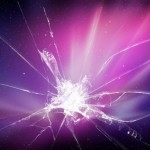