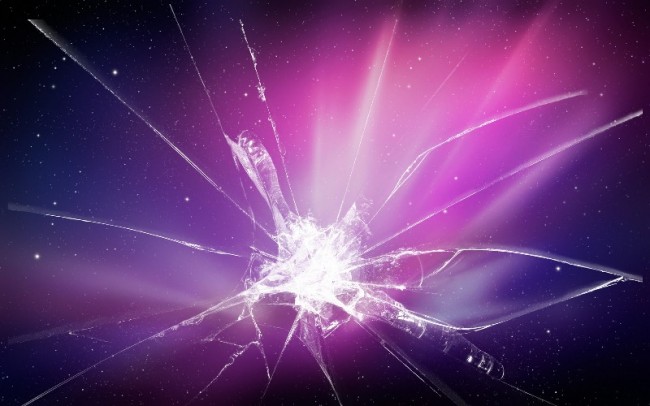 Tragedy. My Macbook Pro went into the shop the other day. All because I wanted to test a port station for review. All because someone couldn’t make software that works. All because people are idiots.

Apple products have the reputation of being strong and reliable. That is what they are, that is what I have become so accustomed to. This being my first Macbook, I was ecstatic after my first year of ownership to know that no major (and very few minor) issues came up. Until now.

I can’t really blame the machine for this fault though. I can only blame the port station that I tried to install on it (not naming anything). Okay, in some ways the machine, too, for not remedying the problem. But how can a product that demands that you install software on your computer, disable your computer because of the software that you installed on it? Utter bullshit.

Putting that useless piece of machinery aside. My Macbook Pro is now at the hospital. She’s sick, my lady; my shiny, elegant aluminum workhorse that feels so right beneath my fingertips.

I’ve had a few people tell me that Apple products are soulless. While they are cold, clean and efficient, who says that you need to have faults to have a personality? I have built a relationship with my Macbook Pro that will last way longer and will be more healthy than with anything Microsoft can dish out. And instead of a ‘love you while you’re working, hate you while you aren’t’ kind of relationship, I have a contentedness that I feel toward my Macbook that I feel toward little else. It’s one of the most stable elements of my life.

Bring on the comments about how expensive they are and the premium an Apple user will pay just for the name. It’s not just a name. I pay more money for a machine that actually works; something that doesn’t give you warnings about viruses every time you turn it on. A machine that runs multiple applications without a hitch, instead of barely able to run one application with a million hiccups along the way.

I am sure that many higher end PCs will perform as well as my Macbook Pro, will run as many applications as quickly — or possibly quicker — and maybe for cheaper. But for how long? How long will it take until the software trips on its shoelaces and face-plants? A Mac may have very similar hardware to a PC, but that isn’t what you’re paying more for. What you pay that premium for is software that caresses the user, massages their mind with intuitive interfaces. I swear, once you swap over to Mac, you never go back. Not unless you are a fan of self-mutilation, that is.

So, right now, because my lovely Macbook Pro is being treated, I am stuck using a spare Windows laptop at work. This… this monstrosity is driving me slowly insane. Some frequent examples: ‘for god’s sake I didn’t click that’, ‘no, stop scrolling’, ‘scroll, damn you, scroll!’, ‘okay… whenever you’re ready to respond to that click’, (click again, goes crazy).

It’s the small things. Like, when I plug my headphones into my Macbook, it knows to change the volume from mute to the level it was when the headphones were last in. It knows that there are two states of volume being. One when something is plugged into the jack and another when there isn’t. The PC laptop thought, ‘Oh, well you took the headphones out, that means you want to everyone in the office to hear the YouTube video you’re watching’. No.

I swear, it’s asking me, begging me, to punch it in the face. Maybe that’s why people think that computers have personalities and talk to them all the time. Because otherwise you will just hit it. If you shout at it, at least you’ll have a device to use. Punch it, throw it out a window: that’s goodbye, right there.

Good news! It’s back, my lovely is back. I just went to collect it from the doctor. And it’s sweeter than ever. The keyboard is great, the trackpad is wonderful and I can scroll again! Oh, this is sweet. It’s clean, simple to use and a delight to type on.

You pick up a Macbook Pro and think, ‘Hmm, this is neat, slim, comfortable. It doesn’t feel like it’s going to crumble in my hands either; it’s solid.’ The laptop I was just using felt like two pieces of plastic-coated wood hammered together by Jeremy Clarkson. And that’s how most PCs feel, like they’re put together by an ape, with like quality materials. Isn’t it normal that people want quality?

PC makers have taken the hint, for the most part. You’ll now find other aluminum laptops, steel ones and even a carbon fiber one or two. This is a good thing. The bad thing is the shitty Windows operating system in them. But here I go repeating myself.

All I’m saying is that you can’t fault a Macbook Pro for anything bar gaming. And if gaming is your thing, then you’ll be getting a gaming specific PC anyway, not your run of the mill PC. I think if Apple happened to make a gaming laptop, it would be a contender for the top spot. Apple makes great products, it’s a fact.

Yes, Apple is made up of pretentious contemptuous fanatics, but… well, there’s not much else to say about that. I guess that is where you can fault it: by the kind of people developing the product and the kind buying it. Since buying this Macbook Pro, I have, admittedly, become an asshole towards Windows products. But if this is what if feels like to have a working product, a computer that actually works all of the time, then I don’t care, not even a little.