We saw this a while back and were unmoved. Another 7-incher for US$200 with Android 4.0? Add it to the list, pal. With Jelly Bean or Android 4.1 though, the A110 becomes a mite more desirable in our eyes. But only a tad more.

This store was the first to break out an image of the revamped A110. From the looks of things, this puppy is going to have more in common with Google’ s Nexus 7 than the stock-standard 7-inch devices which litter the market.

Its specs are “nothing to write home about” as a lesser gadget journalist may say. NVIDIA Tegra 3 QC 1.2GHz handles the CPU, with 8GB RAM and HDMI out for streaming content to the great home TV. But like the headline says, Android 4.1 turns this average tablet into a shit-hot piece of tech. 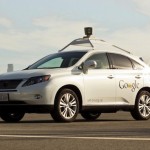