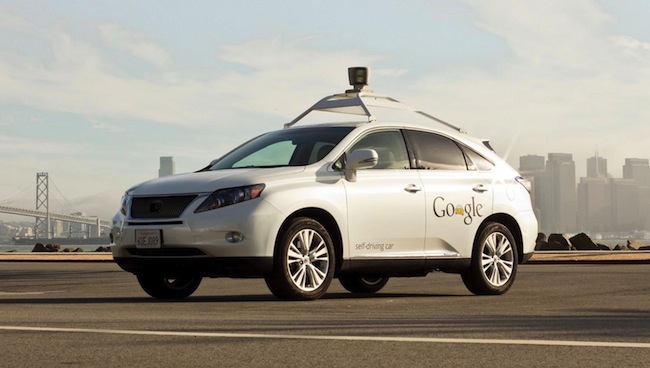 There’s no doubting the success Google has achieved already with its self-drive car project. It has already clocked up over 300 000 miles in a Toyota Prius. But that car was for urban terrain, suburban obstacles and the cityscape. The Lexus RX450h is for navigating the topographically impassable for the Prius, which isn’t actually saying too much. Goggle’s goal is to map out as many different terrains and scenarios as possible so no surprises confront the self-driven vehicle and “To provide the best experience we can”, says an engineer on the official Google blog. Google further states that “Technology is at its best when it makes people’s lives better”, and that is their purpose here.

Google has also taken the next step and is only putting one person in the car, as opposed to two, for things like commuting and everyday tasks. It says that this is a milestone and one step closer to bringing the technology closer to the average commuter.

The solo drivers will still sit in the driver’s seat, though, just in case something goes wrong. It is refreshing to see that Google isn’t taking chances here. Self-driven vehicles have great potential for the future, but it is definitely something that takes significant time to get right. No one wants a computer-driven vehicle crashing into them.

What would be really cool to see being built into this technology is a pick up and drop off system. Like, if you’re out drinking and cannot possibly drive, then you ring up your car and say “Jeffery (because you would obviously call it that) I am ready for collection at my favorite drinking establishment”.

Other than that, though, keen drivers out there would scoff at this. They would give the system a try to hand it to their significant other, saying, “you need this, you cannot drive to save your life, so let this”. It truly is a very cool technology, though, and hopefully will prevent many of the accidents that congest our streets. Just so long as they don’t expect everyone to use it.