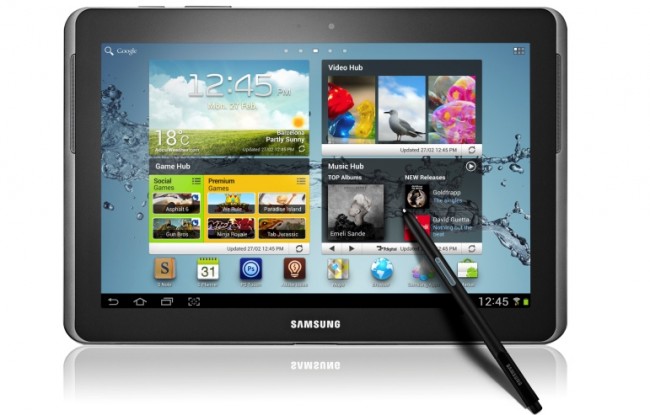 The Galaxy Note 10.1 was unveiled months ago – but it’s back with a bigger engine and a slot for your S-Pen.

Their strategy is to launch everything, and see what sticks, but there were more than a few raised eyebrows when early risers at Mobile World Congress were greeted by a huge banner for a 10.1-inch version of the Galaxy Note.

We had a quick go on the super-sized Note, which you can see in our video:

The tablet isn’t much different to the Samsung Galaxy Tab 10.1, with a sleek thin body, 1280×800 screen, but has the additional S-Pen, the stylus which is used to draw, write and interact with device – and the extra slot to store this is a welcome addition.

Under the hood is a newer Samsung 1.4GHz quad-core processor, which is much better than the 1GHz version found on the Samsung Galaxy Tab 2 10.1, presumably to handle the rigours of content creation and image processing.

There’s also a 3MP camera, should you want to capture images, and the Galaxy Note 10.1 also ships with Android Ice Cream Sandwich.

Samsung is set to aim the Samsung Galaxy Note 10.1 at artists and creative people, who want to draw, edit, manipulate images and create, rather than consuming video, games and apps- which of course, you can do as well.

You can place apps side by side so you can watch a video and make notes, or copy the WWE logo to totally amaze your friends at  work.

As if to illustrate- excuse the pun- its commitment to creativity, Samsung has bundled mobile versions of Adobe Photoshop Touch and Adobe Ideas, which genuinely offer a creative tablet experience. You can use the S-Pen’s many, many pressure levels to help you create different effects on the page, and cutting or moving objects is superbly easy.

We were big fans of the original 5-inch Samsung Galaxy Note, but one aspect that disappointed us was rather dubious handwriting recognition, when using the S-Pen.

That seems to have improved on the 10.1-inch version. Be it the software or just writing on a larger surface area, we were able to scrawl notes quickly, and have the accurately changed into editable text.

When we did make a mistake, with a drawing or note taking, turning the S-Pen upside down meant it could be used an as eraser, which was a very natural experience.

The interface is still TouchWiz, which might irk some that love vanilla Android. However, this is clearly a Samsung product and as such needs the overlay to help you find all the pen-based shenanigans that litter the device.

However, it’s not the most easy to pick up UI when it comes to using the S-Pen… and the tutorials aren’t overly helpful, which is why it’s probably going to be a good idea to mess around with it for a while before parading it as the ultimate tool at work if you don’t want to be called the same thing.

We’re currently giving the tablet our usual once-, twice- and thrice-over in our labs, so check back for our in depth Samsung Galaxy Note 10.1 review in the near future – but at least we’re reviewing something a little bit different in the tablet market that isn’t just another attempt to topple the iPad. 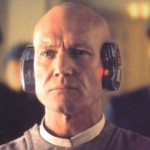