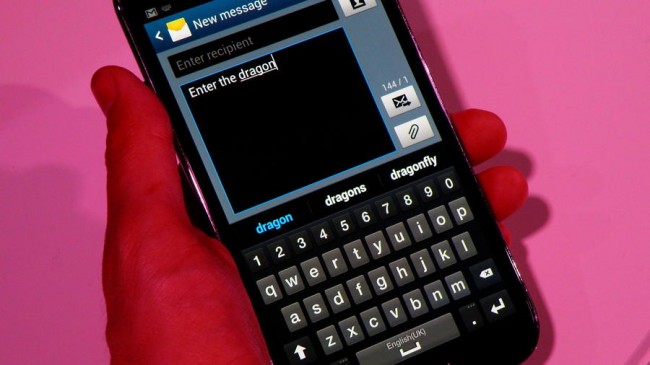 Now Samsung has given in and called the Note 2 a smartphone, we can dub it the most powerful around.

With a wonderfully vivid 5.5-inch Super AMOLED HD screen and meaty innards, there’s no doubt that the Note 2 is the top dog when it comes to raw grunt and function.

Add to that the S Pen functionality, which has been given a bunch of new fancy tricks, and you can see why there’s a lot to coo over with the new device.

Let’s start with the internals, shall we? The quad core Exynos processor has been cranked up to 1.6GHz, and is joined by a distinctly un-shabby 2GB of RAM to power things along.

And it’s fast. Really fast. We’ve tested a number of devices like this on the stands of various companies, and we’ve rarely seen anything whiz under the finger in the same fashion. It almost ruins the Galaxy S3, simply because there’s a noticeable difference between the two.

However, before we start sounding too evangelical, let’s highlight the major problem here: the size. For all Samsung’s posturing that this is a product category that’s been dying to be exploited, we’re still not convinced that this isn’t too large.

It’s an impressive feat to keep the same Note footprint while improving the size of the screen to 5.5-inches, especially as it’s only 9.4mm thin.

It fits in the pocket just fine, providing you’re not sporting those tight trousers all the kids seem to be wearing these days, although it was pretty hairy trying to test that theory out around the thousands of watchful Samsung stand bunnies.

The design is very similar to most of the Samsung Galaxy range, in that it’s sturdy, yet slightly lightweight, plastic.

The lock and power button, located on the right hand side, is well placed for easy use, as is the slick S Pen slot. This slot has been imbued with greater powers, such as automatically opening the S Memo application when you’re on the phone and remove the stylus.

It’s a neat trick, and now has an extra level of functionality through Air View. This slightly convoluted aspect means you can hover the S Pen over the display of the phone and see everything from messages to pictures to scrolling through video without actually touching the display.

Is it anything more than a gimmick? Unless you’re scrolling through messages, probably not. The gallery functionality was pointless, and if you’re already scrolling through a video to get to another point there’s no harm in actually interacting with the movie, seeing as you’re not watching it anyway.

And it feels really weird hovering the pen over the display in such a way – here’s hoping that’s something you get used to, or it’s going to end up being as useful as S Voice on the Galaxy S3.

The implementation of Android 4.1 Jellybean is certainly a nice touch, although it’s different to the vanilla offering on the Nexus 7 and Galaxy Nexus. There’s not card-based notification menu on offer here, although when long-pressing the home key to call up the task manager you’ve got instant access to Google Now, as well as the ability to check running apps.

But let’s go back to the speed of the Samsung Galaxy Note 2 – it’s phenomenal. This is, hands down, the best media and internet browsing portable machine we’ve seen in ages.

It’s too big still to be used as a normal phone – people will still think you’re more than slightly odd holding it to your face – but for texting, browsing, emailing, watching movies and more, we haven’t seen much better than this.

We’ll reserve proper judgement obviously until the price emerges – if it’s anything like the first Note, we’re in for a high-priced shock.

However, get this to the £30 mark and, coupled with some serious marketing again from Samsung, we should have a winner on our hands. 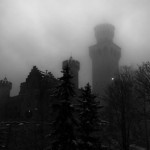