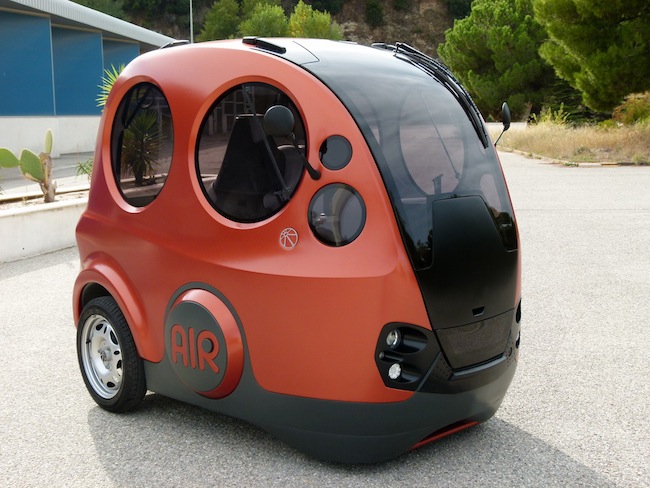 The world’s oil supply is diminishing and car manufacturers are hard-pressed to find a sustainable and viable alternative power source. Tata, an Indian car company, has scoffed at the idea of hydrogen and electric vehicles and built, instead, a compressed air powered car, the Airpod. Tata is using technology developed by Luxembourg’s MDI to build a small, one seater car that is capable of speeds from 45-70kph. It has a tank of compressed air on board that powers the engine and can be pumped in through a charging station or can be taken in by an electric motor whilst driving. Energy can also be regenerated from the brakes similar to hybrid systems.

MDI and Tata have been working on implementing this technology into a car since 2007. The only problem they are having is trying to figure out how to make it a commercially viable project. New technology is always hard to get off the ground, especially fossil fuel alternative technology. But let’s hope that this finds its way onto the roads, because the more options we have besides oil, the better.