So in the second of my ‘Interview with the Developer’ series I ask ROM developer CdTDroid, Chris Turner, a couple of questions. A little background… CdTDroid is from New Zealand, and it’s definitely something I’ve noticed on the forums; the Kiwis and Aussies really do like their Androids customised.

I’ve experimented with a few of the custom ROMs out there for the Nexus Prime, and I must admit that CdTDroid’s AOSP Light is my favourite by some distance. That said, this is one dev who doesn’t like chilling out: he maintains three different ROMs and their accompanying threads. Impressive.

AndroidME is based off the stock images from Google, AndroidME AOSP Light is compiled from the Android Open Source Project and finally AndroidME CM10 is built, surprise surprise, from the CyanogenMod10 source code. The last two ROMs can be found in the same thread. I asked Chris a couple of questions and this is what he had to say.

Gearburn: As a ROM developer, why do you feel there is a need for custom ROMs?

CdTDroid: I think the need for ROMs stems from devices like the HTC Desire when I started all this and its total lack of space available for user apps, now days I think it’s more of an addiction or a hobby than anything else these days. It’s a great way for people to play with technology and make the most out of their devices while sharing it all in an online community.

GB: If you could summarise your work in a single caption, what would it be?

CdTDroid: Well, I think apart from all my custom builds and experimental stuff, my core builds would be based on the same principle: “Light, smooth and stable.”

GB: What is your current daily device?

CdTDroid: At the moment I use the Galaxy Nexus GSM as my daily and I still have the old trusty HTC Sensation that I’m secretly working on.

GB: Which is your favourite Android device up to now?

CdTDroid: At the moment I’m really enjoying the Galaxy Nexus; such a good phone for a low price. If you’re talking stock I would rather have one than an S3 at the moment, of course that changes when the S3 has stock Jelly Bean, so if you made me choose I would take the S3.

GB: How did you get into ROM developing?

CdTDroid: Well, I started playing around with my HTC Desire when it first came out, but never got into it properly until I got my HTC Desire HD and I teamed up with Samuel2706 from XDA and we started the Honeysense series of ROMs. After that I got a lot of help from Baadnewz and Capychimp which sort of kicked off the whole thing really.

GB: Is there a specific reason why you don’t develop kernels as well? If so, why?

CdTDroid: Just haven’t got into it yet, I have had a quick look but I tend to move more towards stock when it comes to kernels. I don’t feel devices these days really need custom kernels unless it’s for a specific purpose.

GB: Who are some of your favourite Android developers?

CdTDroid: Lots of really great devs round now; Morfic with his kernels, Capychimp, Romanbb, all the Cyanogenmod guys, but there are so many others that do fantastic work. Baadnewz, paulobrian there are too many to list!

GB: What do you make of all the current patent lawsuits involving Android and iOS? Do you think it’s hampering the development of these two incredibly popular technologies?

CdTDroid: Not really, I think it’s a waste of time even reading about it to be honest. I think Apple is greedy and they need to step out of the box a little, maybe stop trying to hinder everyone else’s technology and work on their own stuff. I think both platforms have bought awesome stuff to the market but really… time to grow up and get on with it maybe?

GB: Which three Android apps could you not live without?

GB: What would you like to see in the next Nexus device?

CdTDroid: Hmm… Quadcore of course, would love a borderless screen! Better camera in general, I think they are on the right track though and I’m sure it will be impressive. Would love a 10″ tablet!

If you are in the market for a new ROM on your Nexus Prime, head over to any one of CdTDroid’s threads and have a look: I guarantee you won’t be disappointed. 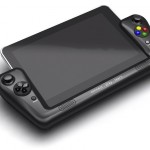