We wrote this yesterday and declared how idiotic the slimmer PS3 is. Turns out that it is real, and it looks only marginally better than the blurry shots of yore. Here’s what you need to know to reach PS3 nirvana.

The new PS3 250GB is 25% slimmer, the 500GB model is 20% svelter in comparison to the current console. Reducing the form factor meant disguising the Blu-ray drive, it’s now incorporated into the top of the new PS3 via sliding disk cover. And that’s the reason for the newly adopted grill on top of the device. Grip it, pull it back, drop the DVD in and game away.

The current model, with it’s 160 and 320GB hard drive has been bumped to 250 and 500GB respectively. In a smart move from Sony, theres 12GB flash memory built-into the console. This though is aimed primarily at the third PS3, one sans any harddrive at all. While 12GB is barely enough for a retail game, which usually clocks in at 20GB±, it’s ideal for the less-demanding games on the Playstation Network.

There’s two hipster-friendly colours: Charcoal Black and Classic White. As for the release date, it’s available 25 September in North America first. Europe’s next and on 28 September and 12 October, it’ll get the 500GB and 12GB models respectively. Finally, Japan get’s all three models 4 October. It’s weird that Sony would leave Japan last, what with it being the PS3’s most profitable region. But if we look at the charts, it’s not odd at all. Europe and the US outsells the PS3 by a factor of almost 2:1. But we feel as if this could be down to the immense size of the Western console market. Regardless, Japan gets it last.

You want some more? The official details are on Sony’s blog. Just in case you’re not keen on visiting Sony, here’s every single detail you’ll ever need to know. 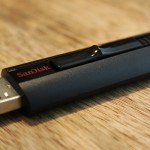