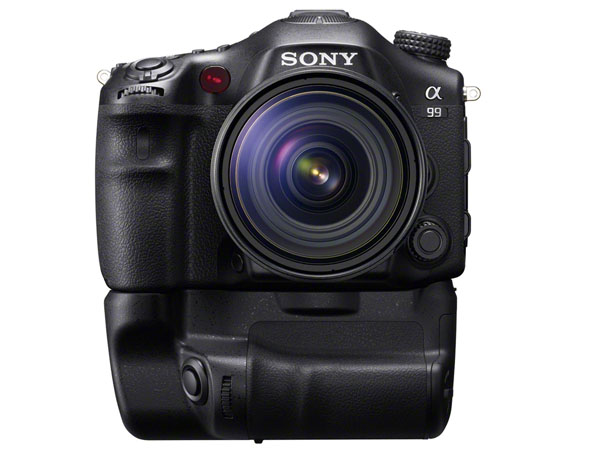 Many people have been waiting for a Sony Alpha a900replacement ever since it was first announced all the way back in 2008.

That was the last Sony DSLR camera to use a full-frame sensor. Earlier this year, the company confirmed that the next iteration of the full-frame device would use its translucent mirror technology (TMT). So here it is, in the Sony Alpha a99 DSLT.

TMT was first introduced a couple of years ago with theSony Alpha a33 and Sony Alpha a55 DSLTs, and features a fixed, translucent mirror that doesn’t flip out of the way as the picture is taken. This has a couple of advantages, including faster continuous autofocus.

As far as many people are concerned SLTs come with a drawback – the need for an electronic viewfinder and the Sony Alpha a99 is the world’s first full-frame camera to be equipped with an EVF. With many professionals having their doubts about such devices, Sony knew that it had to get this particularly aspect very, very right.

It has produced an XGA OLED Tru-Finder with a high resolution of 2369k dots and offering 100 per cent coverage. It also has other options such as a focus magnifier to assist with shooting subjects at macro distances.

Focusing on the sensor

Additionally, the Sony Alpha a99 has an advanced AF-D continuous autofocus mode that’s used for photographing moving subjects. At the moment, only a select number of lenses can support this mode, but firmware updates are planned to extend lens compatibility.

On the back of the camera is a 3-inch, 1.228k dot fully articulating LCD screen. This again is a first for a full-frame camera.

Dual memory cards slots can also be found onboard, with space for either two SD cards, or one SD card and one Sony memory stick.

With an anticipated retail price of around £2,600 (about $4,180), the Sony Alpha a99 will go head to head with the Canon EOS 5D Mark III and theNikon D800 once it reaches the market at the beginning of November.

As you might expect from a camera of this type, build and price range, the Sony Alpha a99 feels like a decently rugged camera.

It’s constructed from magnesium alloy, which Sony says makes it the lightest full-frame camera currently on the market. Dust and moisture protection is also included, but it’s not quite the all-weather sealing that you might find on cameras such as the Nikon D4.

We found that the A99’s light magnesium alloy body makes it easier on the back than the equivalent rivals from Nikon and Canon, which will be a welcome relief to many.

That’s not to say by any means that this is a small camera. It certainly fits well in the hand, and the grip on the front makes for very comfortable purchase, even when holding the camera in one hand.

There’s lots of quick access dials and buttons on the camera, as you would expect. A mode dial on the top left of the camera enables you to switch between manual and semi-automatic modes, as well as other functions including fully automatic, sweep panorama and movie mode.

A lock button on top of the dial prevents you from accidentally switching between modes when in a bag.

Quick access to key functions is provided via a Fn button on the camera. From here you can set parameters such as ISO, raw shooting, auto white balance and other commonly used functions.

The screen, which is a fully articulating device, can be used for composing images when shooting from awkward angles, and can even be positioned to face forward when looking at the camera, which is ideal for self portraits, or group shots.

On the LCD screen you can choose to use Live View, or display a more common DSLR-like interface, showing the settings. Handily, however, Sony has also included a digital level gauge and a histogram, which are all on the same screen.

Setting the AF range is one of the key new functions of the Sony Alpha a99, which enables you to set the parameters of autofocus to prevent the camera accidentally locking on to subjects in the foreground or background of the shot.

There’s no built-in flash on the Sony Alpha a99, but Sony uses a new Multi Interface Shoe, which makes it compatible with a wide range of generic accessories already available on the market, such as flashguns.

This is a welcome addition, since Sony has previously used proprietary hotshoes, which are only compatible with Sony accessories – and those especially made for Sony cameras.

Using the camera while wearing photographer’s gloves is relatively easy. The joystick on the back of the camera, which can be used to select autofocus point, is easily pushed with a gloved thumb and it’s great that it’s the only thing you need to push to change the point.

People have been waiting for a new full-frame camera from Sony for quite some time now, so the pressure must have been really on to deliver the goods.

Fortunately, from what we’ve seen so far, the a99 is a very exciting proposition that has the capability to produce some truly wonderful pictures.

It’s probably going to be a difficult task for Sony to convince full-frame wannabe owners that an electronic viewfinder (EVF) is a good idea, but luckily Sony is no stranger to producing excellent devices.

Although the resolution of the EVF is not much higher than that which is found on the a77, which uses a smaller, APS-C size sensor, Sony assures us that this makes no difference to the quality of the viewfinder, as the signal from the larger sensor is translated accurately to the EVF to make full use of its resolution.

The viewfinder is great to use, and, it’s fair to say that after a while the advantages that EVF actually brings become apparent. For a start there’s the ability to see an image shot in the viewfinder to check an exposure has been gained without having to constantly remove the camera from the eye. You can also see exactly how the image will appear before you hit the shutter button, which isn’t possible with an optical viewfinder.

That high resolution means that the view is very clear (it’s also bright), and it would be easy to forget that you were using an electronic device after a while. There’s no visible lag and it’s comfortable to use.

The screen is also great to use and has a wide viewing angle. It feels very natural to use the screen to compose an image, while the hybrid autofocusing makes focusing just as quick when using the LCD as using the EVF, unlike using Live View in traditional DSLRs which is generally a lot slower.

That hybrid autofocusing is something which Sony is keen to shout about. The 19 selectable AF points are supported by 102 extra points. Generally autofocus aquisition is very quick and accurate, even when the subject is moving. We think this will be especially appealing to wildlife and sports photographers.

One of the problems with the a900 was that it could produce noisy images. Initial indications of the a99’s noise performance is very good, and we’ve included some low light images in our sample images section.

As DSLT cameras are essentially using Live View at all times, there has been some concerns that there could be an issue with the sensor getting too hot and having an adverse effect on image quality. Sony assures us that this didn’t happen dduring its testing of the a99, but we’ll be keen to rigorously test this when a full production sample becomes available for testing.

Battery life is something which is also an issue with DSLTs, again because of the Live View being always-on. Sony claims that the a99 can shoot up to 900 shots from one charge, which is not too bad going. Sony also has a special grip for the a99 which can incorporate an additional two batteries, along with keeping the first battery in the camera itself, thus tripling the battery life of the camera.

As on other cameras in the Alpha range, Sony has included a number of Picture Effects on the a99 which can be used to add a digital filter effect to images. It’s a little frustrating that these can’t be used in raw format, but it’s pretty interesting to see anything like this appear on a high-end camera such as the a99, so it’s nice to see them here at all.

Picture Styles can be used to get a little bit more creative, but keep shooting in raw format. This includes the ability to shoot more vibrant images, or black and white, or sepia images, in both JPEG and with the raw file also supplied.

These images were taken using a pre-production sample of the Sony Alpha 99 (using a range of settings and effects) and can only be published at reduced size.

We can see there being a lot of excitement and intrigue surrounding the Sony a99, which is the world’s first full-frame DSLT camera.

We also think that some people will be wary of the electronic viewfinder, but we’re happy to report that it really is a very, very good device which is worth checking out even if you’re skeptical.

Image quality at this early stage also looks to be very promising, with low levels of noise even in images taken at high sensitivities.

We’ll of course be extremely keen to get our hands on a full production sample of the a99 as soon as is possible to put it through our labs testing to see how it compares with its biggest rivals in the shape of the Canon EOS 5D Mark III, Nikon D800 and Nikon D600. 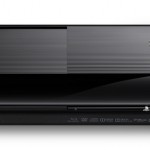