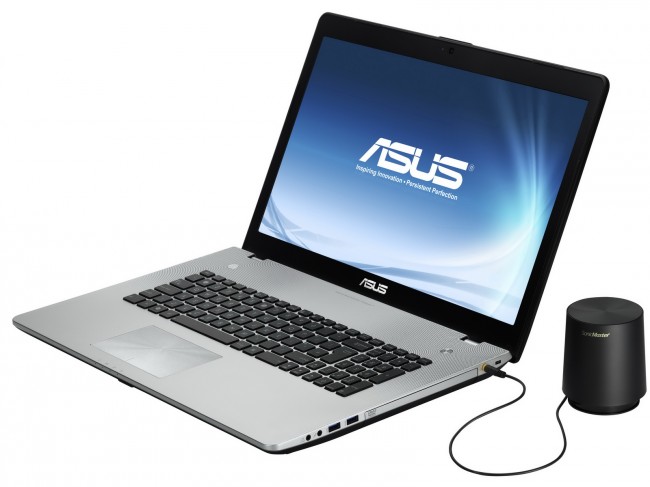 When we talk high performance laptops, Asus always comes to mind. And the new Asus N Series N76 laptop is a beast. Not only does it have spectacular performance and an awesome display, the sound that this monster produces can only be described as amazing.

We all know that laptop design hasn’t been really groundbreaking recently. Every laptop out there looks strikingly similar to the next with aluminum bodies and black bezel displays. And let’s not forget those Chiclet keyboards. The Asus N76 does not sway too much from this path, however the design does push itself to look and feel different.

Lets not beat around the bush, this laptop is huge. The 17.3 inch Matte finish Full HD Display is beautiful. The aluminum body is what can be expected from Asus: a striking design with hundreds of meticulously drilled holes, for sound or airflow. I don’t know yet. Because this laptop is so gigantic the keyboard seems a bit dwarfed by it in general, and in comparison to my Envy 17, this keyboard seems tiny.

Specification wise it’s pretty much a slam dunk in the high-end of the spectrum. With a Quad Core Intel Core i7 3610QM processor, 8Gb DDR3 RAM, dual 750Gb SATA Hard drives and Windows 7 Professional. It also comes with a Blu-Ray player and a slew of USB 3.0 Ports and of course HDMI.

Graphics are the standard Nvidia Switchable Graphics with both GT635 dedicated and Intel 4000 on board. I don’t actually like these switchable systems because they irk me with their annoying pop ups, especially during start-up. Although Nvidia seems to have less of a problem in this regard. Battery life is quite good for a laptop of this size getting a respectable five hours under normal usage.

One secret feature this amazing laptop packs is a ‘Smart’ trackpad. It automatically adjusts the trackpad to your resolution so that you don’t have to lift your finger. It’s something not everyone will notice but cool nonetheless.

Sound is where this laptop really shines. The Bang & Olufsen ICEpower sound system rocks. If you’ve seen the official marketing of the Asus N Series laptop range you’ll know that Asus has, since its release, touted the built-in sound systems. It definitely proved itself. It blows away the measly Beats Audio sound on the Envy range and makes sure it’s dead and buried. To make things even more fun, it included a Asus Bass Booster module that you plug into the laptop. With this baby you can have a house party and the neighbors would complain.

The only problem I had with this laptop is that, although the top, and the keyboard/handrest are made out of aluminum, Asus skimped and made the bottom half out of plastic. For a laptop in the range of R16 000 you would expect a decent build like what you would get from a MacBook or the Envy. Alas, the true nature of Asus shines through.

Another problem. This is not a Microsoft signature laptop thus you have to expect the worst. Software included brings this rather impressive laptop down and nails it to the ground with the rest of the entire Asus range. Seriously Asus, the amount of crapware you bundle with your machines are bordering on insane. I counted two Anti-Virus suites, around 10 games, a hoard of Asus software that nobody will ever use and some other obscure abominations such as Chrome.

As will all laptops other than Apple I always recommend formatting the computer and installing Windows 7 or 8 fresh and clean. You may have a few drivers missing, but most of them will be installed in a few hours of being on the internet and, if you still can’t find a driver then a trip to the Asus Support website is in order. Nobody needs to be punished with all this crapware.

If you’re looking for a decent laptop with specifications that won’t leave you outdated before you walk out of the store then the Asus N76 is a definite must. The build quality is respectable, the display is gorgeous and leaves me wishing my Envy had a matt display, and the sound is superb. At this price range you only have a few options and if you’re not into the Apple ecosystem, then this laptop will make you feel all fuzzy inside. Just make sure to remove all the software included. 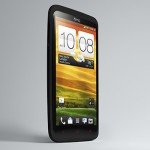