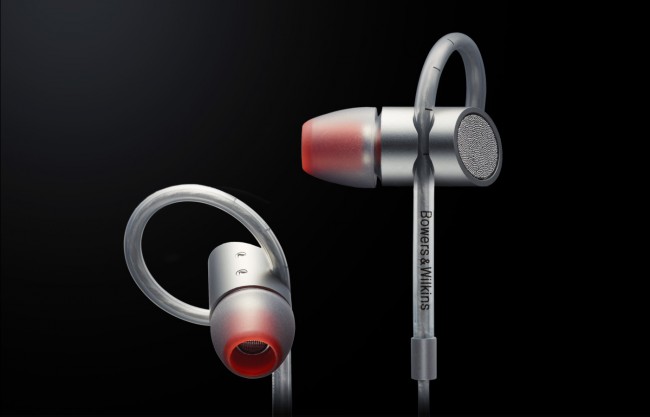 This is the one article you can safely ignore Betteridge’s Law of Headlines. The answer in this case is, yes. Or mostly yes. But first I have to come clean.

I have a shameful secret. I have a kink. It’s not just a kink, it’s an aural kink. I’m not proud of it, that’s just how I’m made. I don’t judge other’s kinks, I’d ask you’re GGG in turn. Since I was a baby I’ve had this kink, and it’s not going away. Maybe with surgery, but it doesn’t hurt anyone, so I don’t want to go there.

Truth is, my ear canal has a sharp bend in — I struggle with in-ear phones, they just fall out. If I jam them in really hard then they’ll stay in, but the little hole that spurts out the sound is then mashed into ear-canal tissue, and not doing the needful. So I’ve tried many, many combinations of in-ear phones. I don’t like the big circum-aural monsters, or even smaller ear-crushers from the likes of Skull “God They’re Expensive for Not Very Much” Candy. I like in-ear because you can keep listening to your tunes whilst not getting hassled by cabin crew on take-off and landing. Also, I like to listen to music at the gym or when running. Most fall out, or just don’t seal properly.

A good seal is critical. To get decent bass response you either need a big driver, or a tight seal. Or both (as the perverted polar bear once said). Without a good, tight seal, in-ear phones struggle to give any kind of low-frequency  extension without sound either thin and boomy or muffled and bloomy. A tight seal also keeps out some of the ambient noise so you can keep volume levels down. Nothing to do here, move along

So now you see my problem — I never get decently flat response and controlled base, because most damn phones just don’t stay in nice and tight in my kinky ears. It’s not just me — many users of in-ears struggle with them — they either don’t fit well, or hurt.

So what makes the Bowers & Wilkins C5 in-ear monitors (and iPhone handsfree) special? A couple of things. The main stand-out is the wire that loops up and around and back through the unit, making a little coil that hooks inside the antihelix and is held nice and firmly by the concha (ever wonder what the bits of your ear were called?)

So no matter how much you jump up and down, or hang upside down, or get down on the rowing machine, these earbuds stay in place.

It’s a compact, elegant solution, and it really works. The ‘buds’ edges are held against the outside of the canal to seal, they’re not jammed into the canal. They seal very well. Bye-bye much ambient noise, hello sweet music. They are the first and only ’buds I’ve used that work quite well with a motorbike helmet (usually as you get the helmet in place one — but never both — buds lose their seal).

So. They have a clever, original, unique design. They rock my kink. Are they any good as ’phones?

They’re pretty typical construction — single driver design, the only major innovation being the Micro Porous filter, thousands of steel balls on a plate on the outside of the sound tube. What do these do? They give the ‘phones space to breathe, acting as a sonic diffuser. Really? Who knows. If you cover the filter panel it seems to make no difference to the sound. So, like, whatever. They’ve also weighted the sound tube with tungsten to balance it and keep it in the ear canal. Does this work? Who knows.

Tungsten is 19.6 tonnes/m3, or about 2.5 times denser than steel and double lead. But really, can you actually “balance” a tube two centimetre long and one centimetre wide that’s seated in a meaty tunnel of cerumen and earwig scat? Double-shrug.

Sound quality is excellent, if not outstanding. B&W are legendary makers of high-end speakers, and more lately headphones. These are its first in-ear phones.

At first they may appear to have a bit of a low drone on the bass… it feels like there is a hole in the low mid-base, so while the extension is admirable, it is not high fidelity. The highs also felt fairly glassy and fragile. Over a couple of hours use, they broke in, and became tighter and more solid. Punchy even. Glassiness went away. Either they broke in, or the fact that I’d acquired a R1 500 consumer electronics gadget realigned my objectivity (£150, US$190).

So yes, they sound like a high-end set of headphones. I really like them: they knock the spots off any of the phones I’ve had before (although being honest, I’ve never had such expensive phones before).

Now. To get back to Betteridge’s Law of Headlines. Are these, in fact, the best in-ear headphones for gym in the world? No. OK, he was right. They’re excellent, but not perfect.

There are two amateurish mistakes that B&W made, palooka howlers. First, the damn cable is only as long as many others, but not as long as good gym phones. At 1.2m, if you run with your music player on your wrist (hello, Lunatik) or clipped to your belt or on the goodie shelf on the treadmill, it’s just that fraction too short. Most sport users of headphones (and many others) like to hook the wires over the top and back of the ear to keep them out of the way and stop them flapping around. B&W, be sports and give us an extra 20cm or so. Thanks.

The standard 2.5mm jack is also a bit of a stupid design. Very smooth, glossy plastic that can be hard to grip to extract from a tight socket, especially if your hands (or the player) are a bit sweaty.

We mentioned above, but you may have missed it, the C5’s are also Apple iDevice hands-frees — they have a mic and remote for iPad, iPod, iPhone. Unfortunately the remote buttons don’t work on Android phones, it’s a different system (but hackable if you like microsurgery on SMD resistors).

They come with a couple of different options of tip size, and a quite beautiful but unfathomably baffling case (exactly how is it meant to work?). The Bowers & Wilkins C5 in ear monitors come in black or a rather fetching silvery tungsten with red tips. 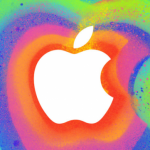