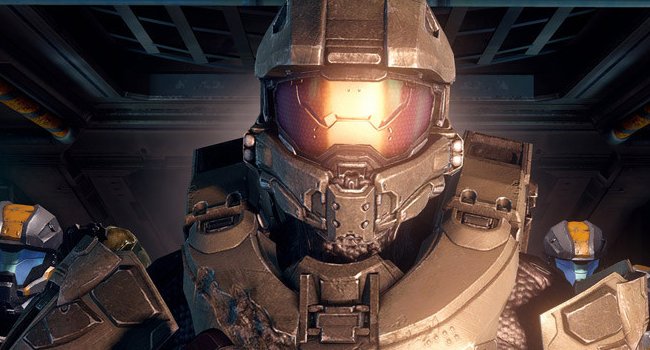 In another triumph for piracy and internet “freedom”, Halo 4 has been leaked online – the jewel now not of Microsoft but of the peer-to-peer websites dotting the net. It’s not unusual for games, films and music to be leaked to the internet, but rarely is intellectual property (especially of the magnitude of Halo) available so far ahead of its boxed release. The news comes as Microsoft rolls forth an advertising campaign in the build-up to Halo’s November 6th release. In reality, anyone with a broadband internet connection and the know-how to crack their Xbox firmware can procure the game and start playing right now.

In an attempt to dissuade wanton pirates, Microsoft is handing out permanent Xbox Live bans to anyone caught enjoying Halo 4 multiplayer online. Josh Holmes, “creative director” of Halo 4, took to Twitter to warn people of the thieves spoiling the game for everyone else. Essentially he was also imploring the larger gaming public not to indulge in thievery themselves. But are P2P websites guilty of theft, or are they simply sharing data?

Peter Sunde, founder of the world’s most “resilient” torrent website Pirate Bay, argues that thievery and piracy are different entities entirely. Though he faces the possibility of jail time in his native Sweden, he has maintained his innocence, equating his website (and its proliferation of freely available content) to the birth of radio, which music executives once feared would kill modern music. Sunde argues that corporations need to find new ways of making their products profitable. Piracy is inevitable and Pirate Bay is merely the evolution of content delivery, he argues. Sunde is regarded as a hero by those that champion our right to internet “freedom”; a cult figure that has used internet savvy to empower the casual consumer. He asserts that media bigwigs should not fear the internet, but should rather embrace it. Still it’s hard not to feel sympathy for Josh Holmes and his team, who having slaved away at a new game, discover that it’s now being discussed and dissected by anonymous users playing Halo 4 weeks before its actual release.

In reality, Microsoft needn’t be worried. Millions will flock to buy Halo 4 when it’s released worldwide this November; indeed, many of those millions will be people who initially pirated the game. Inevitably, there remains a hardcore few who will never pay Microsoft a cent for the game, but perhaps rebellion has a new face: no longer the archetype of a long-haired youth with tight jeans and a guitar, but a man hunched over his keyboard in a basement somewhere, leisurely dipping into a bag of salt chips.

Piracy is an undesirable reality to corporations like Microsoft, who similarly battle the used game market, which they see as depriving the developers (and publishers) of hard-earned cash. But as Sunde notes, sharing content is natural and inevitable aspect of human nature. Given that the internet is a labyrinthine portal, hackers are free to maintain their anonymity and rarely face prosecution. Is it right? We’re not here to judge

Ultimately it’s the smaller developers I fear for most. A game like Vanquish, for instance, was praised by critics, but sold poorly. It lacked an established lineage and a hefty advertising budget, and was enjoyed as a pirated game rather than one people were willing to spend money on. I wonder whether this will only affirm publishers’ long-held belief that new games imbued with new ideas – and most importantly, with an all-new title atop the box – is not worth the risk. It seems much easier to simply to take a series that began ten years ago, bolt down the increments, change the title from “3” to “4” and watch it make millions.

The debate rages on. As for Sunde, he asserts that 70% of the content on Pirate Bay is “free” or the work of small independent artists who benefit from the exposure on his site. But when a big-budget endeavour on the scale of Halo 4 makes an appearance on his servers, big corporations despair. 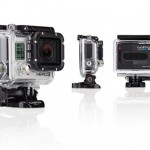