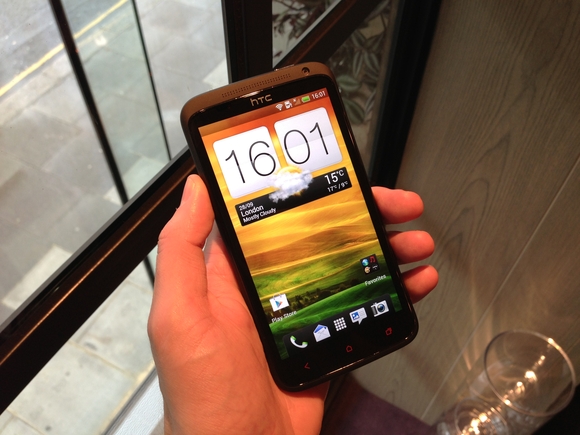 Bored of your One X? Fed up of the small storage and slow processor? Well, HTC has got a treat for you.

The One X+ is a step change from the original, but like the Sensation to XE transition, this is more incremental than complete overhaul.

The main change visually is the new matte finish, which, well, seems to make the black a little bit darker.

On top of that are new red accents adorning the softkeys on the front and around the camera – once again, very reminiscent of the HTC Sensation XE with its Beats Audio branding.

Speaking of that music boosting system, HTC has lumped a separate amplification chip under the speaker to boost sound, making bass sound bassier and separating out the vocal and mid-range sounds to produce a more pure sound.

It does actually work; while we wouldn’t condone it for playing any music out loud on a bus, if you’re watching a movie (privately and not within reach of others’ ears) then it’s certainly a step up.

You may notice a similar situation on the new HTC Windows Phone 8X, but that device has two amplifiers, for the speaker and the headphone jack, whereas we’ve just got the one of the One X+.

The latter is based on HTC Watch 2.0, a more homogenous system that aggregates all your video-playing apps in one place. This is something HTC told TechRadar last year it would be bringing to the service, although it’s odd that it’s taken this long to appear.

HTC has been hard at work under the hood too, upgrading the inner components to ensure a longer-lasting, more hard-working One X is available to consumers. The battery has been updated to 2100mAh, the Nvidia Tegra 3 processor sped up to 1.7GHz and the internal storage increased to 64GB.

It’s the first and last stats that really got us intrigued there, as the battery was the real problem with the original One X, and the larger internal storage makes up for the lack of microSD slot.

We’re a bit perplexed over the need to speed up the CPU, as realistically there’s no need for an extra 0.2GHz on each core, given it could have an impact on battery life.

Consumers won’t notice much in terms of use (the original One X was hardly a slouch when it came to whizzing around under the finger) so it’s a curious decision beyond just giving the Taiwanese firm something to shout about in terms of headline specs.

Android 4.1 is on board, giving access to Google Now and bringing with it Project Butter to make the OS that little bit smoother again. That’s on top of Sense 4+, which brings slight tweaks like the Hub updates we mentioned earlier, slight camera UI alterations (you can now see how many pics you’ve got left, for instance) as well as keeping the camera running when you press the power button for easy access.

The front facing camera now raises its game to include a 1.6MP sensor, but more importantly it runs using the same imaging chip that’s improved the camera quality of HTC’s One series pretty effectively.

Things like autocorrecting pictures and smoothing out skin tone for portrait photos, as well as giving a little countdown before taking, show HTC has thought about the core audience for front facing pictures… it’s a shame it doesn’t automatically add duck lips and a fake tan for the ultimate teenage Facebook profile pic.

Another key feature of the HTC One X+ is the phone is PlayStation Certified, so will be able to make good use of the store when it goes on line later this year for improved gaming and such. Here’s hoping that the Tegra 3 chip is less of a drain on power with the HTC One X+, as it was this area that let the first phone down so much.

The Media Link HD connection is once again strong on this HTC device, meaning that a simple three finger swipe will allow easy connection with your streaming device. HTC promises us that this has been updated as an app on the phone as well as on the device itself, as our previous tests were hugely disappointing.

However, combined with the reasonably-priced Watch service, we can see this being a bigger hit in the months to come.

The rest of the phone functions exactly the same as the HTC One X did in terms of performance, meaning we noticed no obvious slowdown in the use neither of the phone nor on the internet.

The web browser was phenomenally fast, even on a slower Wi-Fi connection, and even though the HTC One X+ won’t be coming with a 4G flavour in Europe. This is again curious, as territories such as the US will get a quad core LTE version of the phone, but presumably the bands used aren’t compatible with UK 4G.

Overall, the HTC One X+ is a good, good phone. It builds well on the power of the HTC One X and looks to iron out the bugs with the improved battery life and Android 4.1 on board too.

It’s still got the same decent design and upgraded storage to 64GB is more than most will ever need, even with a strong HD video library and too many music tracks.

The display is clear and crisp, and the 4.7-inch Super LCD 2 screen is excellent under the touch as well. We’re fans of the red accents, and the camera software is still top notch.

However, the only problem we can see is the fact it’s going to be a little confusing to consumers how this phone is obviously different from the One X. It would be unfair to call it a whole new name, as it’s too close to the original in terms of specs, but adding a + will annoy those that have forked out for the current One X and thought it was HTC’s favourite.

We remember when the Sensation XE emerged to ruin the image of the original Sensation, and unless the One X gets a real price drop it’s going to struggle to sell anything.

But on the plus side, the HTC One X+ release date has been set for early October, and the price – likely to be under £500 (around AU$790, US$800) SIM free – looks very palatable indeed, especially when compared to the ridiculous cost of the iPhone 5.

We’ll see how this one fares in the market, but there’s a very good chance it could be our number one smartphone of 2012. For all the criticism above, that’s only because it’s so similar to the One X already, and that’s a very, very good phone to be building on. 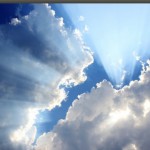