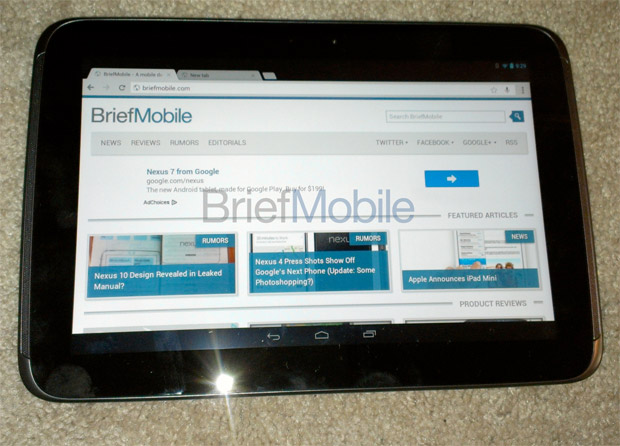 Stories like this remind us of the iPhone 4 leak way back in the day. The specifications, as well as some dodgy pictures have been leaked out for Google’s upcoming iPad killer, the Nexus 10. With a brand new Android, a beefy resolution and a powerful CPU, Nexus 10 seems to be the  tablet to watch out for. Please bear in mind that these specs are unconfirmed by Google but when a devices specs leaks these days, it usually turns out to be true. This is most likely the Nexus 10

Inside the Nexus 10, and powering this beast is a 1.7Ghz CPU made by Samsung. This is certainly better than the 1Ghz CPU inside the iPad 3, but possibly not as good as the A6X inside the iPad 4.

And now we have Android 4.2 running the show. “Key Lime Pie” or Android 4.2 looks to be a scaled up version of Jelly Bean if rumours are anything to go by. And we’ve got a tasty picture of it. The graphics are powered by a Mali-T604 GPU which is fairly standard for Android devices. The Mali chipset is decent for running 3D applications, this one may have to drive some very complex apps.

There’s a healthy 2GB RAM, 16GB storage with no bloody SD card slot, a 5-megapixel camera on the rear and the usual round up of connectivity options. Wi-fi, bluetooth, NFC but no mention of 3G capabilities. But it’s the screen that won us over.

A Retina Display-like 2560 x 1600 resolution on the Super AMOLED screen is going to kick some serious behind. With a PPI of 299, the Nexus 10 will be one seriously handsome device.

Right now the only think not leaked is the price and release date. Expect a sub-US$300 price now that the iPad Mini is so happy to inflate tablet prices. Read more about the leak here. 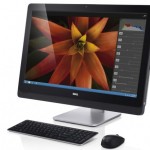