With the device rumored to make to make its debut at Google’s Android event on 29 October, we were a little weary about phone retailer’s claim. On further inspection however, the website looks pretty legit.

The fact that this retailer has prematurely disclosed images of the Nexus 4 is no real news, with The Verge having already posted leaked images of the device a couple of weeks ago. What is interesting though, is the specifications listed for the device.

It says that it will run Android 4.2 Jellybean, which the majority of analysts already began calling Key Lime Pie. So is Android 4.2 an update of Jellybean or total revamp?

The device also runs a Snapdragon S4 processor and sports a 4.7-inch LCD display. If this ad is to be believed, the Nexus 4 will be a genuine contender in the smartphone market.

There is only one question that needs to answered. Having arrived so late to the party, with dominance of the Galaxy S III and iPhone 5, how important a difference will Android 4.2 make? 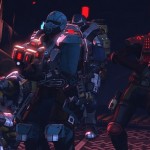