Panasonic’s TZ compact cameras are known for their big zooms and even bigger feature sets. And the Panasonic TZ25 – also known as the Panasonic ZS15 – doesn’t disappoint. What you get here is essentially aPanasonic TZ30 lite – although physically it’s chunkier and heavier by a whisker than Panasonic’s flagship superzoom.

The Panasonic TZ25’s lens might not have the extreme reach (24-384mmequivalent, compared to the Panasonic TZ30’s 24-480mm), but it does retain the same wide setting, which comes in particularly useful for indoor shots, group portraits and scenic shots.

However, instead of using a CCD sensor like its predecessor, the Panasonic TZ25 features a high-sensitivity MOS one, the same as in the Panasonic FZ150.

We’d accept a slight drop in overall resolution in return for cleaner images from a small 1/2.3-inch sensor every time.

What else do you get for your money with the Panasonic TZ25? A high-speed burst mode that captures 10 full res files (although focus is locked throughout), Full HD video recording in AVCHD or MP4 format and POWER OIS (Optical Image Stabilisation) that’s said to be twice as effective as Panasonic’s excellent MEGA OIS. Plus there’s in-camera HDR, 3D photos and panoramas.

Stump up the extra little bit of cash for the Panasonic TZ30 and you get a touchscreen, GPS, progressive 1920 x 1080 Full HD video with stereo sound recording (the Panasonic TZ25 records mono 1080i footage) and an extra ED lens in the construction of the zoom.

Otherwise, the specifications of the two cameras are near identical.

It doesn’t matter how technically adept a camera is if it isn’t easy to use. Thankfully, the Panasonic TZ25 gets the balance between menu-based controls and physical buttons and dials just right.

The camera is comfortable to hold, despite only having a small grip lined with a shiny inlay and a remarkably ineffective dotted thumb rest. All the controls fall easily to hand, too.

The top-plate of the Panasonic TZ25 features a responsive shutter release enclosed by a zoom collar, plus a direct record button for movies and a small but nicely weighted mode dial.

In addition to P, A, S, M modes, this dial also includes Intelligent Auto, Scene Mode (17 to choose from here), 3D Photo Mode and My Scene Mode, which enables you to apply one of Panasonic’s creative digital filter effects. Finally, there’s also the option for storing complete camera setups as Custom modes.

The rear of the camera features the familiar Panasonic setup. A four-way control pad gives direct access to exposure compensation, flash settings, macro focus and self-timer, while the centre SET/MENU button confirms a selection and brings up the Panasonic TZ25’s shooting or playback menus, depending on which mode the camera’s in.

Rather than forcing you to rummage around the menus to change key shooting parameters such as ISO, white balance and AF mode, Panasonic has collected these in a Quick Menu. Tapping the Q.Menu button on the bottom of the Panasonic TZ25’s backplate displays this drop-down overlay on the rear screen’s live view.

This is an efficient way of getting to the functions that matter, although the lineup of options depends on which of the Panasonic TZ25’s shooting modes you’re in: Aperture Priority gives you seven options to choose from, while the Intelligent Auto mode gives you four.

Most of the Panasonic TZ25’s switchgear is quick and precise, and a reflection of the all-round high standards of build quality. The sliding on/off switch is fairly stiff, for instance, meaning that the camera is unlikely to spring into life while being carried in a bag or pocket.

Moving from shooting mode to playback mode is also achieved through the use of a switch on the back of the camera. It’s a shame that Panasonic persists in making you have to physically flick a switch to move from playback to shooting, as it disrupts the otherwise smooth flow of operating the camera.

There were a couple of other operational weak points with our Panasonic TZ25. The zoom collar, although light and precise during shooting, became much less snappy while magnifying the image during playback.

The LCD screen also exhibited a nasty green tinge when viewed from above or below, although the various brightness options available, including High Angle for shooting with the camera held over your head, are welcome.

Finish the review at Techradar.com 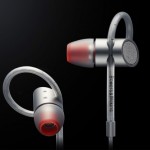