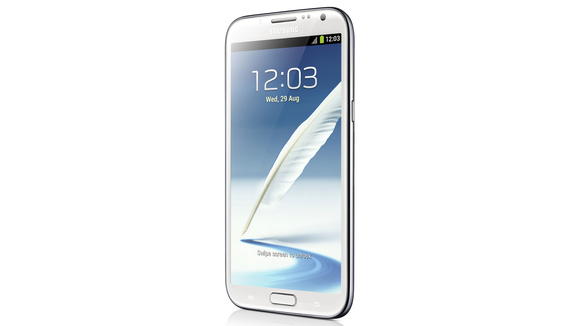 It hasn’t even been a year since the original Samsung Galaxy Note launched. It was a work of genius for old Samsung. Many (including us, we admit) were not convinced. Who on earth would want something so big to make their calls and surf the internet, even with a glorified stylus?

And what a beauty it is. It actually felt slightly smaller to us in day-to-day use, but that may be down to the fact that we have gravedigger hands.

The Samsung Galaxy Note had a frankly amazing screen as it was, so would have taken some beating. But Samsung clearly likes a challenge. The size has gone up slightly from 5.3 inches to 5.5, and although pixel density is reduced, we didn’t notice it.

This is the bright, vivid Samsung Super AMOLED panel that we all know and love – and what a beauty it is, replicating colours amazingly and immaculately.

As expected, that screen takes up most of the front. You get a home button and two hidden soft keys beneath it as before, plus a front-facing camera and sensors up top.

The handset itself has little to note (geddit?) around the edges. A headphone jack up top, power button on the right, volume on the left and charger port below, right alongside the S-Pen slot – more of which will follow later.

Around the back, you’ll find the 8MP camera with flash.

The additional sorcery is carried out away from view. The microSD expansion slot is beneath the rear cover – as is the microSIM slot, hidden behind the enormous 3,100 mAh battery.

And there’s a whole lot of goodness even further inwards than that: HSDPA (LTE if you’re extra lucky), NFC, GPS, Wi-Fi and so forth. It’s a veritable treasure trove of geekdom.

One other thing we’d say is that this does feel like a quality Android smartphone/tablet. We’re aware of the protestations by some readers (particularly iPhone users) that phones such as the Samsung Galaxy S3 feel like toys because they’re so light and plasticky.

At 183g (0.4lbs), you couldn’t describe the Samsung Galaxy Note 2 as a feather – and the weight gives it a real notion of substance.

If you want to pick one of these big boys up, you’ll need to be willing to part with some serious cash – around £530/AU$999/US$700 appears to be the average SIM-free price. It is also available on contract, but be willing to shovel top dollar each month in the network’s direction for two years.

Normally, this is where we’d talk about the alternatives on offer. But we admit, we’re stumped here. Why? Well, in our mind, there is no clear rival. The Samsung Galaxy Note created its own category, in that there were no real phablets about before.

There is the LG Optimus Vu, which hasn’t hit the UK, but is in the US under the moniker LG Intuition, however it’s 4:3 ratio screen makes it an extremely odd proposition.

And while you’ll get the Android 4.1 Jelly Bean operating system and similar benefits from the Samsung Galaxy S3 or Samsung Galaxy Note 10.1 (depending on whether you want a phone or tablet), the form factor is pretty unique.

In fact, the only real rival is the original Samsung Galaxy Note — a worthy contender for that title, because it’s now available for a much reduced sum.

Around £400/AU$480/US$500 will get you one of those babies SIM-free — and that makes it a very serious and credible alternative to its replacement, the Samsung Galaxy Note 2.

Read the full review at Techradar.com 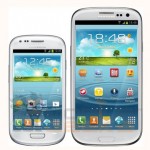