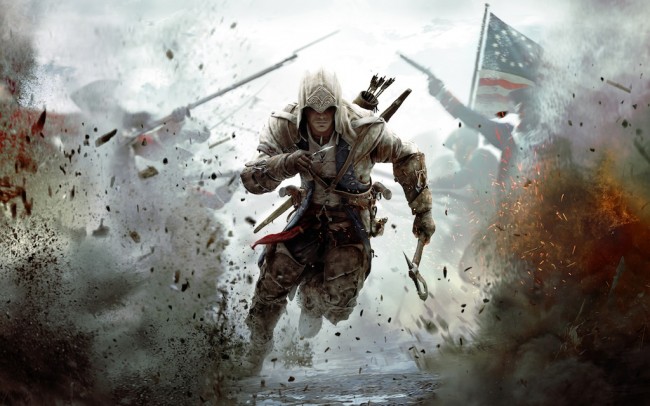 There’s no better way to cap off the Assassin’s Creed 3 trilogy than with this, the busiest title in the series yet.Assassin’s Creed 3 is beautiful to look at, fun to play, and a busy as hell end to one of the best gaming trilogies of all time. But a disconnect in both controls and chief protagonist lets Assassin’s Creed 3 down. And here’s why.

Walk your own path

Set in the 1700’s, AC3 looks fantastic. Atmospheric to a fault, the colonial settings and great outdoors are bursting with visual splendour, last seen and fondly remembered in Red Dead Redemption. From London to America spanning a course of decades, the story is the strongest it’s ever been in the AC series. But taking it in your stride and determining how you want to play is the best way to crack at it.

Let’s dissect the plot quickly, because there is an early twist that would disappoint many if we leaked the details. Connor Kenway is the new protagonist, a hardy Indian American fella we play from child to adult. In 1700’s colonial America, you’ll play through most of the historical highlights of the period. Attention to detail in the world helps to further the plot’s agenda, with town criers, gambling, silly wigs and people getting on with their business adding a richness to AC3 unseen in other games. Or, it was never before thought possible until now. AC3 squeezes the very last drop of technology from this generations of consoles.

There’s distraction in abundance in AC3. But it’s to its testament that this overwhelmingly busy title now works better than ever before. There’s simply so much to do and see between missions. Hunting is a favourite, with the bow and arrow clearly replacing the sniper rifle as the must-have gaming weapon of 2012-2013.

The history lessons are optional, but nonetheless interesting for the most part. AC3 segues nicely from one history piece to the other, injecting each mission with “push start to view” history lessons so that it never feels forced. After the first three or four though, we suspect you’ll be skipping it from then on. By the time you reach protagonist Ratonhnhaké:ton, or “Ra-doon-ha-gay-doon”, you’ll be thanking Ubisoft for finally letting the game begin proper. It’s not a spoiler to say that the opening levels are a good few hours longer than they should be. The game itself is exceptionally lengthy, clocking in at 30-40 hours if you want to dig into the side quests. And lets not mention the multiplayer, which despite a week of trying, never found a single soul to match me to. I’ll update this review when I come into some luck.

In a world this ambitious, expect bugs. And AC3 has some pathetic, game-breaking bugs. One caused my Xbox to lock up. The others are funnier, but still head-shakers. Enemies who vanish when hit and bits of scenery that lock you in forever, or until a restart. And what looks like graphical flaws can be explained away by the Animus “loading” bits of scenery. Still, it looks amazing.

The controls are decent for AC3. Freerunning has been condensed down to a single button push, in this case RT on the Xbox’s controller. Leaping, climbing, hanging, running, whatever it’s all one button push away. Freerunning was always the highlight for the AC series, I’m glad it’s been dumbed down. The true joy of the game is in the exploring, so why should the game hamper with artificially imposed limits?

The main issue is that the controls eventually begin to ape a flight simulator. For those of us who’ve played every AC from Jerusalem to Boston, the controls are more of the same. For newcomers, there’s almost too much to get their heads around. An early mission sees you eavesdropping on two colonial soldiers. Because of the nature of the control layout, it’s easy to fail this mission. Sneaking, running, hanging and remaining hidden all never really seem to gel for the poor Xbox controller. It takes concentrated hours of play to get it all down. Casual gaming, this isn’t.

Combat is as laborious as ever. It never “feels right”, more of a timed-event affair then a proper brawler. Fighting is at least more varied now. This seems to be part of the “more is more” ethos adopted in Assassin’s Creed 3. Most actions, as awesome is they look, are performed seemingly by random, such as the deflects and instant kills. Sure, the game makes it look easy, but it’s a hit and miss affair. Happily, you’re a Native American assassin. You’re not supposed to slaughter people, you’re meant to be sneaky about it. Combat is mostly avoided then, which plays into the true nature of the game and elevates AC3 above its ilk.

It takes a lot to destroy a game though, with the above complaints akin to flinging pebbles at a stone wall. Everything adds up in AC3. The sounds of civilized frontier, the sprawling outside environments which are a blast to freerun, the optional side missions that are more interesting than the main plot, it all adds up. Plus, Assassin’s Creed 3 has an actual ending and unless number four hits Mars, this creative well has been tapped dry. So it’s highly recommended. Assassins Creed 3 is absorbing, pleasantly lengthy, fun to play and above all, you get to murder bears with a tomahawk to the skull.

Assassin’s Creed 3 was reviewed on an Xbox 360 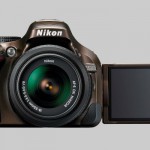