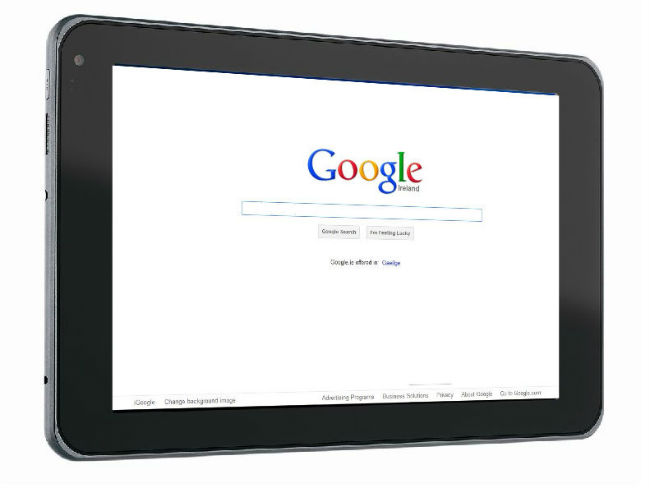 According to the Chinese Commercial Times (translated), Google could launch itself into the tablet market as early as the first quarter of 2013. Many pundits have spoken about this before, and now after the search engine giant acquired Motorola Mobility (MMI) the steps seem to be confirmed.

After the flop that was the first Chromebook, Google will need to be careful of its plans. Apart from trying to make it in the market, it will have to contend with possible patent infringement as well, as Apple and Samsung step up their patent infringement war.

Over the last year the online mobile connected world has seen a soap opera develop in court between these two tech mega giants. With Apple and its “rectangle with round corners” Google might just have to design a circular tablet… Especially after Google chairman Eric Schmidt suggested that if the company would ever have a touch-sensitive device, it would only be powered by Android. But that was back in 2010, and things have changed.

Compal Electronics and Wintek, two Taiwanese manufacturers, have been contacted to create OEM and touchscreen panels respectively. This would almost complete the inevitable trend of major players in the computing market to move towards branding and profiteering from their own products, as has been proven with Microsoft releasing the Surface tablet together with Windows 8, and the most probable release sometime next year of its own Microsoft Windows smartphone. Before this, Microsoft only produced software.