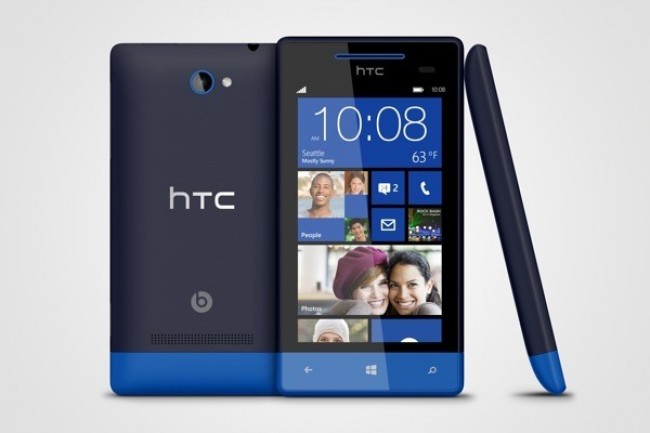 Update: We had more hands-on time and got to dive into the OS at the Windows Phone 8 event in San Francisco – here are some further thoughts from U.S. Associate Reviews Editor Alex Roth.

HTC has doubled down on Windows Phone 8, creating two colourful handsets, the compact HTC Windows Phone 8S and the more powerful HTC Windows Phone 8X. Both devices are available in four colours that help them stand out from the smartphone pack, although consumers might confuse them with the also splashy Nokia Lumia 920.

We’ve already reviewed the HTC Windows Phone 8X and found it to be a slightly mixed bag that’s more good than not. Now, at the Windows Phone 8 launch event in San Francisco, we took a hands-on look at the 8S, just weeks ahead of its rumoured November release date.

Other than perhaps those distinctive Windows 8 Live Tiles, the first thing you’ll notice about the HTC Windows Phone 8S are those bold colours it’s available in. Gray, black, red and blue are the four primary colours on offer.

Unlike the 8X, which comes in a single solid colour, the 8S has a two-tone look. The bottom of the phone’s face and the rear cover each sport a lighter hue. Red is met by orange and blue by a lighter blue. Black has a white stripe, giving it an Oreo cookie look, and gray with lime green, which comes of a bit like a crossing guard’s vest.

Holding the 8S, we were struck by its feel in more ways than one. Its polycarbonate construction has a distinctly rubbery feel. It’s grippy and honestly fun to hold. There’s an unmistakably plastic feel, but not the flimsiness you’d find with a budget phone.

That rubbery quality is a nice touch, but did have us worrying that it might pick up lint in our pocket and make the 8S lose some of its trademark luster.

The phone’s Gorilla Glass face, rounded backside and highly tapered edges give it a sleek appearance. This makes the feel of its easy-to-hold rubberized body all the more surprising.

The Windows Phone 8S by HTC has good specs for what will likely be a moderately priced device. While we don’t have a firm word on costs yet, it will undoubtedly go for less than the 8X, which is $560 as a full priced, no contract device.

In the processor department it has a very standard 1GHz dual-core Snapdragon processor. The display is a rather sharp 4-inch, 720p screen. For memory there’s 512MB RAM and 4GB of onboard storage, with room for an additional 32GB via microSD expansion. That actually puts it above the 8X, which is stuck at 16GB of space thanks to its lack of expandable memory support.

All the right buttons

As with the 8X, the Windows Phone 8S’s lock button is found on top of the phone. Depending on what sort of device you’ve grown accustom to, this placement may take some getting used to.

There’s a volume rocker on the right side with the standard issue Windows Phone 8 dedicated camera button below it.

This small, removable panel is easy to slide off thanks to the phone’s rubberized build. While the lack of removable battery will disappoint some consumers (the cell is only 1700 mAh, after all), the miniature hatch design is yet another distinct design decision for the Windows Phone 8S.

In addition to what Windows Phone 8 offers, HTC has contributed some software of its own. Its Live Tile behaves like an Android widget, displaying a forecast, temperature and the time at a glance.

Jumping into the app gives further information on those subjects as well as stocks.

In settings you’ll find Attentive Phone, which has a selection of intuitive ringer options. The Windows Phone 8S can be set to ring louder when tucked away in a pocket or purse, automatically quiet down or shut up altogether when you pick it up or turn it over.

Like all devices running Windows Phone 8, HTC’s 8S has a dedicated camera button. Pushing it opens up the 5-megapixel camera, which can also shoot 720p video.

If you feel like slapping some Instagram-style post-production on your snaps, HTC has included its own Photo Enhancer app. It has a number of filters to choose from, including the all-popular vintage style.

Alas, this is not a phone for video chat fans as it lacks a front-facing camera.

The Windows Phone 8S has surprisingly good external speakers. We were able to crank pre-loaded tracks to a high a volume without getting distorted, crunchy sound. While any music aficionado would surely use headphones, a representative reminded us that these speakers benefit the speakerphone function as well.

As the familiar “B” logo suggests, there’s Beats by Dre branding here, which likely plays into the strong audio output. However, the 8S does not boast the volume-boosting amplifiers of its big brother the 8X.

If we had a to pick a favourite aspect of the Windows Phone 8S by HTC, it would have to been its overall look. Between the iPhone 5, Galaxy S3 andDroid Razr M, we live in a sea of polished aluminum. In the past, we’ve claimed to prefer its feel, but HTC’s 8X and 8S have proven that a little aesthetic variety is indeed nice.

It’s a compact phone that’s still got reputable specs, and the option for microSD expansion is an unexpected plus, given the 8X’s completely sealed design.

We do wonder what its battery life will be like with a 1700 mAh cell, and the lack of front-facing camera is rather strange. A special version of Skype has been one of Microsoft’s major bragging points with Windows Phone 8, and it seems the 8S won’t be able to enjoy all the benefits. This could be a corner that was cut to make a highly affordable device, making us all the more eager to get firm pricing numbers, and equally eager to give the 8S a full-blown review.

Below is our original and early hands-on look at the Windows Phone 8S by HTC.

The HTC Windows Phone 8S price is currently unknown, but as this is clearly a mid-range handset we expect it to rival the likes of the HTC One Vand Sony Xperia U. 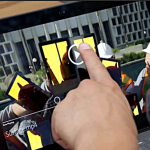