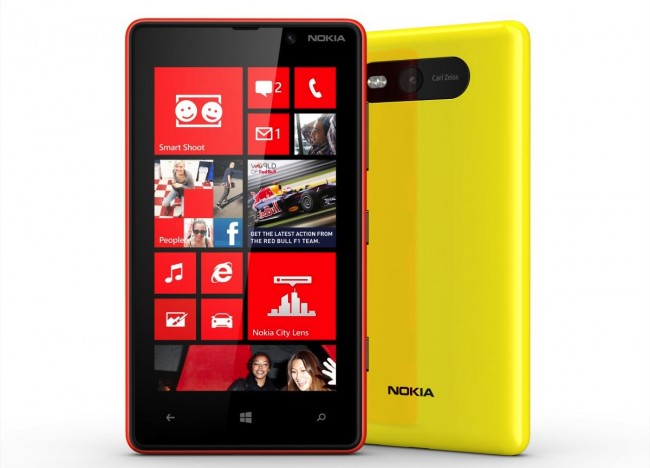 The Nokia Lumia 820 isn’t meant as the Finnish firm’s flagship handset – that accolade belongs to the Lumia 920 – but this colourful Windows Phone 8 smartphone is impressive nonetheless.

The Nokia Lumia 820 carries plenty of unique features and costs less than the Lumia 920, making it a tempting offer for anyone considering making the move to Microsoft’s OS.

It goes without saying Nokia is pinning a lot of hope on this phone. Apple’siPhone 5 and Samsung’s Galaxy S3 are kicking up dust both in terms of sales and as standard bearers for their respective operating systems.

You can pick the Lumia 820 up free from £25 per month on Vodafone, albeit with only 300 minutes and 250MB of data, on a 24 month contract. Alternatively the SIM-free version of the phone will set you back an entirely reasonable £380.

There’s a reasonable amount of power on offer at that price thanks to the dual core 1.5Ghz Snapdragon processor and Adreno 225 GPU. Windows OS is a typically smooth operating system the Lumia 820 runs off 1GB of RAM which keeps things nice and slick.

Outwardly though, this is a different-looking phone from the Lumia 920. The unibody is gone, replaced with a removable plastic back that lets you change the colour of the handset. Our review model came with a bright yellow rear cover, although red, black, magenta, blue, white and grey are also available.

Hopefully over time third-party designs will become available allowing you to customise your handset just like the Nokia’s of old.

Unfortunately, the back cover is also where we run into our first problem with the Lumia 820. Basically you’ll need fingernails like Wolverine to claw the cover back from the body of the phone. It took the TechRadar team several amusing minutes trying to remove the casing in order to insert our SIM to begin using the phone.

Once you’re happy with the casing, and you’ve spent the required ten minutes struggling to get your Micro SIM installed, you’ll be able to sit back and notice that at 160g, the Lumia 820 isn’t as heavy as its bigger brother.

The curved sides and rounded corners of the handset make it comfortable to hold and certainly give it a friendly appearance. We could easily wrap our hand around the Lumia 820 and access the physical buttons, which are all located along the right hand side of the phone.

You get a volume rocker at the top, followed by the power on/off button in the centre and then a physical camera shutter button – something we’re always happy to see on a smartphone. All the buttons can be easily flicked with either the thumb of your right hand or the fingers of your left, depending on which you use to hold the phone.

One point though, the plastic backing on the Lumia 820 is completely smooth which looks nice but doesn’t offer any great amount of grip.

The front of the phone is minimal in terms of design, with just the Nokia lettering at the top and the three standard Windows phone soft touch keys at the bottom. While the 4.3-inch AMOLED, 800 x 480 screen is up to Nokia’s usual high standard, there’s definitely a noticeable black bezel around the display.

Usually this doesn’t cause too much concern, but given the near edge-to-edge displays of handsets like the Motorola Razr i and the iPhone 5, it’s becoming more of an issue.

The display isn’t as large as other smartphones out there. It won’t compete with the 4.7-inch HTC One X+, the 4.8-inch Galaxy S3 or the 4.5-inch Lumia 920, for screen real estate but compromises with portability.

Screen size itself is becoming far more of a subjective issue anyway with a device on offer at pretty much every stage from pocket-friendly smartphone to sofa-surfing tablet.

The top and bottom of the Lumia 820 are given over to the 3.5mm headphone jack and the micro-USB charging and connection port respectively. There’s also a small speaker to the right of the micro-USB port which we felt didn’t look as nicely uniform as the dual speaker vents on the Lumia 920.

Overall build quality is as good as you would expect given Nokia’s long history of mobile phone craftsmanship. While we would expect the casing to scratch fairly easily if this phone took a tumble, there’s a reassuring heft to the handset that suggests the internal workings would stay protected.

Importantly then, first impressions are quite good. It’s a good looking, feature-packed phone from a pair of companies that really have something to prove this time around. So, how does it fare when we dip below the surface? 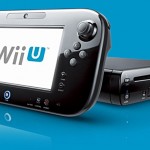