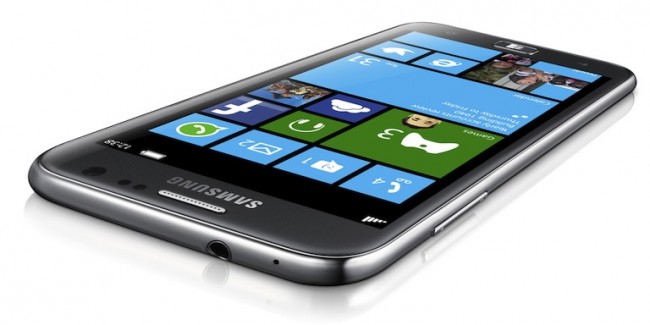 For anyone wondering what Samsung’s answer to the Windows Phone 8 question will be, we’ve got the answer. It’s the Samsung Ativ S, an aluminium beauty with a 1.5GHz processor that’s ready to rock with Microsoft’s new smartphone OS.

Thanks to phones and phablets like the Galaxy S3 and the Galaxy Note 2, Samsung has established itself as an industry leader in mobile hardware. While the Ativ S closely resembles its Android cousins, can it make good on Samsung’s stellar reputation?

On first impression, the Ativ S looks a lot the Galaxy S3. With the same aluminium chassis, it’s just a tiny bit longer than the S3 and sports a physical Windows button and capacitive back and search keys, like we’ve seen on all Windows Phone 8 devices so far. As far as thickness goes the two devices are extremely comparable.

S3 on the left, Ativ S on the right

The similarities run deeper than just the chassis. While it lacks the S3’s quad-core, the Ativ S has a Snapdragon S4 dual-core processor running at 1.5GHz. There’s 1GB of RAM, 16 or 32GB of storage with the option for MicroSD expansion and a removable 2300 mAh battery.

That 2300 mAh cell is the largest battery we’ve seen yet on a Windows Phone 8 device. It’s even a little bigger than the one on the S3. While we have to reserve judgement until we give the Ativ S the patented TechRadar battery test, that big cell and dual instead of quad-core processor could give it even better battery life than the Galaxy S3, which is no slouch in that department. It also has the potential for the best battery life among Windows Phone 8 devices.

Battery size isn’t the only category where Samsung claimed to be on top. Representatives also bragged that the Ativ S is the thinnest Windows Phone 8 yet announced, and the one with the largest screen.

Just like the Galaxy S3, the Ativ S has a big, beautiful 4.8-inch AMOLED screen. It should have some durability thanks to Gorilla Glass 2, which you can find on pretty much any smartphone these days.

Those signature Windows Phone 8 Live Tiles looked especially lively on this sharp display. The familiar blue of Facebook just about popped right off the screen.

Here’s one more Galaxy S3 similarity, an 8-megapixel camera with LED flash. Just like the S3, it takes sharps snaps at a responsive rate.

The camera is one place where Microsoft really wants Windows Phone 8 devices to distinguish themselves. The Ativ S has a dedicated camera button on the lower right side. Once in picture-taking mode you’ll immediately notice the large software buttons for functions like adjusting flash, taking video and switching to the 1.2-megapixel front-facing camera.

At the Windows Phone 8 event in San Francisco, Samsung was not yet ready to start talking about carrier information or release date. As far as when consumers will be able to pick up an Ativ S, they wouldn’t get anymore specific than “holiday.” However, we do know that Verizon will be getting its own alternate version of the Ativ S, called the Ativ Odyssey, which will arrive in December.

While some U.K. pricing information has already been leaked, there’s no firm word on what we’ll be paying for the Ativ S when it launches.

As an Ativ-branded device, the Ativ S is part of Samsung’s line of mobile devices designed specifically for Windows 8. This includes the SamsungAtiv Tab, Ativ Smart PC and Ativ Smart PC Pro.

Samsung was eager to show how pictures snapped on the Ativ S would quickly sync across Windows 8 devices via Microsoft’s cloud solution Skydrive.

More to look forward to

The Windows Phone 8 race has just begun, but there may already be a frontrunner. We loved both the specs and the construction of the Ativ S.

First off, the dual-core processor strikes us as a great choice. While devices like the Galaxy S3 and the LG Optimus G get a lot of bang out of their quads, we think Samsung was smart to favor battery life and reliability with the Ativ S. Tossing in that sizeable 2300 mAh cell may have given us a recipe for a phone with some real electrical longevity.

We also loved the big and bright display. Windows Live Tiles are sort of like Android app icons cross breed with widgets, and being able to get so many on one screen while looking so good is a real boon. It really shows you how smart a Windows Phone 8 device can look.

Finally, the thin aluminum construction of the device is fabulous. It’s definitely the kind of thing you can slide into a pocket or purse and forget you’re even carrying. Between the HTC Windows Phone 8X, HTC Windows Phone 8S, and Nokia 822, there was an awful lot of plastic on the show floor. While we personally don’t think the the Ativ S or it’s cousin, the Galaxy S3, feel quite as nice as the iPhone 5, it felt like a step up from the other Windows Phone 8 devices on display.

The Ativ S is our favorite Windows Phone 8 smartphone so far. While we like the eye catching and grippy construction of HTC’s Windows Phone 8X and 8S, and the colorful, swappable backplates of the Nokia Lumia 810,Lumia 820 and 822, the Ativ S looks great. It’s plenty thin and you can’t argue with those specs.

We’re excited to give the Ativ S a full run-down once we get one in for review. The same goes for the Verizon version, the Ativ Odyssey, which may come with even more perks. We can’t wait to find out what they are.

This review originally appeared on Techradar and is published with permission 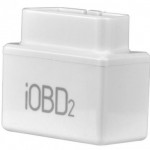