We’re living in the post-Ultrabook era. Even when laptops are designed to do something much more taxing than pushing websites around, we still expect them to be sexy.

Which explains why this diminutive laptop has us in two minds. On one hand it’s a tiny machine that packs a decent punch on the hardware side of things. On the other, it’s a little on the ugly side due to its thickness and drab colouring.

It’s also surprisingly heavy for its size. It’s not an Ultrabook, in other words. The 3XS Graphite LG5 isn’t looking to make a name for itself with its aesthetics – it’s about what’s inside that small, if not quite svelte, chassis.

Designed from the core up as an ‘ultra-portable’ gaming laptop, this packs a punch where it matters the most – the processor and graphics. The Intel Core i5 3210M is a dual-core, four-thread 22nm Ivy Bridge processor running at 2.5GHz. This is a capable workhorse of a chip that will handle all the games you throw at it, and chew through more serious work as well.

While the Core i5 is a great option for any modern laptop, it’s in the graphics department that Scan is hoping to separate this machine from the droves. The 2GB GeForce GTX 640M is a more than capable offering, especially in the context of this screen.

Here we have an 11.6-inch TN panel, boasting a native resolution of 1,366 x 768 pixels. We’ll admit that isn’t a lot of room in Windows, and the TN viewing angles don’t make things easy here either, but in gaming terms this pairing really excels.

Unlike some of Nvidia’s mobile GPUs, what we have here is a genuine Kepler chip – the 28nm GK107. This GPU runs at a healthy 835MHz and boasts a pair of SMX modules, equating to 384 CUDA cores. Indeed, so powerful is this GPU that it’s only in the memory department that we see a difference between this and the theoretically more powerful 660M found in PC Specialist’s Optimus IV.

The main news to take away from this GPU is that you can hit great frame-rates at the native resolution with a minimal amount of tweaking, if any is needed at all.

This machine is all about gaming performance. The pairing of the 650M with a relatively low-resolution screen equates to very healthy frame rates.

The important upshot of all of this is that we have a laptop that can play the latest titles at medium-to-high settings very smoothly. There may be more powerful machines out there, but you’d be hard pushed to match the gaming prowess for anything like the cash.

The storage side of things is a little less convincing, because while you’ll find a Corsair Force 3 SSD keeping things speedy, at just 120GB there’s not a lot of room for the OS and the many games you’ll want to throw on it. We’d recommend going for a 240GB drive for an extra £64 using Scan’s system configuration tool.

The final key part of the specification is the 8GB of DDR3 1,600MHz RAM, providing plenty of room to work and play in.

Overall, this Scan laptop is a bit of a mixed bag. The SSD is too small, but easily rectified online. The undersized screen isn’t as easy to fix though, and we’d advise anyone looking to do work to look elsewhere.

However, as a gaming system there’s a lot to love here. The strong graphics performance and low native resolution equate to fast framerates without having to wind the settings down.

Review originally appeared on Techradar.com and is published with permission 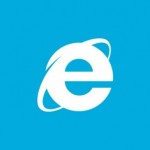