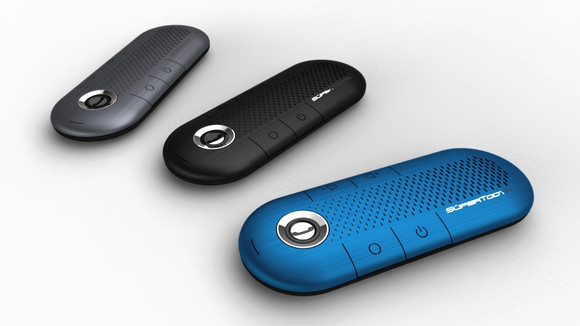 You’re in the car. You need to use your phone, but you want to do it safely and without breaking the law and accruing a fine. You need a hands-free kit. And as luck would have it, that’s exactly what we’re reviewing here.

The SuperTooth Crystal is a hands-free kit that’s a little bit different to what’s gone before – it acts as a speakerphone on your sun visor, and also pairs with your phone’s GPS to give you voice directions (similar to theTomTom Hands Free Car Kit), and plays music from your phone. It’s svelte, portable and a breeze to install and use.

Is it the perfect companion for the connected driver though? Perfect may be a bit strong, but it’s certainly worth considering.

The SuperTooth Crystal itself is remarkably easy to pair with your phone over Bluetooth – simply hold the power button down while the device is off and it’ll enter pairing mode. Enter the default code of 0000 if prompted, and you’re good to go.

You can pair the SuperTooth Crystal with up to eight phones, although it can only monitor two phones at once – which is more than enough for practical uses.

The only thing that’s easier that pairing the device is installing it in your car. Inside the pack you’ll find a small metal clip that hooks over the edge of your sun visor. Once in place the SuperTooth Crystal attaches firmly using the magnet on the back of the speaker unit, and you’re done.

If you need your sun visor down, then you can simply slip the speaker around to the other side.

The benefit of this location, beyond its obvious ease of installation, is the fact that the unit is near your head. That’s great for when you’re actually using it as a hands-free kit, since it picks up your voice clearly and the person you’re talking to comes out clear as well.

Answering calls is straightforward, via a single button push, and doesn’t require you to take your eyes off the road. And it’s the same for volume controls.

We do have a couple of issues with the design, though. The first is pointed at the power cable, which is a standard USB jack that won’t reach in the vast majority of cars.

On the plus side, the SuperTooth Crystal does hold its charge well (offering standby for 1,000 hours of use and talk time of 20 hours). Plus you’re more likely to have the charger connected to your phone, so overall we won’t knock it for that.

We’re a little less forgiving when it comes to the quality of the speaker, though. For voice calls and GPS directions it’s fine, but you can’t say the same when it comes to playing back music.

It’s distorted, muddy and, well, pretty rubbish to listen to. Which detracts from this being a single device that covers all your in-car hands-free needs.

Having said that, if all you need from your hands-free kit is the ability to talk to people while driving, then there’s a lot to recommend the SuperTooth Crystal. There are cheaper options available than this, which is priced at £49.99//AU$79/US$69, but this does at least feel like a quality piece of kit.

Review from Techradar.com and is published with permission 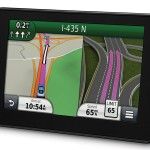