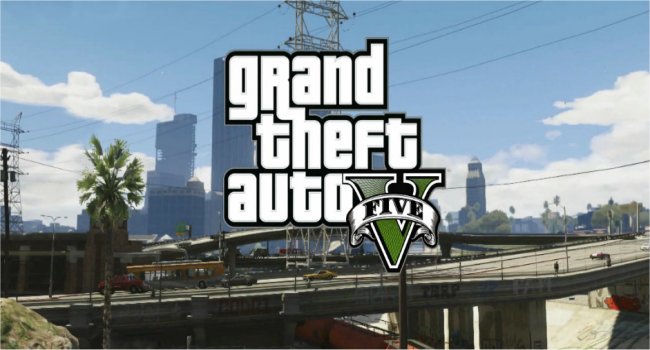 Have you been hankering for a look at GTA V? Well the wait for a new trailer is finally over. Last night, Rockstar released a two-minute snippet of the game to celebrate the news GTA V would involve Michael, Trevor and Franklin.

So what does the new trailer tell us? Besides introducing the playable characters themselves, it hints at glorious misadventure, explosions aplenty and the unabashed good humour we’ve come to love from the series. Below we explore its finer points in-depth.

Michael lives a life of luxury

Michael is a 40-something bank robber who has since retired to enjoy the spoils of his labour. And the trailer is quick to demonstrate his life of luxury: Michael’s sprawling mansion and expansive grounds are on view, replete with a tennis court and mock Audi R8 parked out front. We witness his wife and daughter arguing over whether someone is “staying the night” (presumably a boyfriend) while Michael retreats to the lounger with a drink in hand: a quintessential father then.

Not all is rosy, however. His family stubbornly spends all his cash; nor are his children blessed with cultural refinement. Michael’s daughter, back to camera, shows off her “tramp stamp” while his son, James, is intent on roguish misadventure. We learn from a character off-screen (possibly Michael’s therapist) that James is a good boy. Cut to a redheaded youth swinging from the mast of a sailing boat driven down the highway with a sports car in pursuit. In the next shot, the red-head youth tells Michael, ‘Let’s bounce.” Michael repeats the phrase, bemused. It’s safe to assume this is James, the good son.

While Michael lives amidst sprawling palm trees, a bespoke pool and a tennis court, his former partner Trevor calls the dusty plains of the Los Santos desert home. As we noted in our coverage of the game last week, Trevor is markedly unhinged and most at ease when he’s wrecking senseless violence. His appearance in the trailer is bookended by three apt demonstrations of this: in the first he wields a shotgun in the face of a retreating man. In the second, he walks away from a burning building seconds before it explodes. And, as a final palate cleanser, he proceeds to stomp the head of a hapless victim. If Michael is a loveable rogue, Trevor is a violent madman.

Interestingly, violence is not the only dish Trevor gorges on. He’s also a trained pilot and as such, a source of airplanes early in the game. The trailer serves up various shots of aircrafts racing up into the Los Santos skyline, a huge undulating cityscape below. GTA V is set to be the bigger in scope than San Andreas, GTA IV and Red Dead Redemption combined. And the trailer gives us a brief look at the magnitude of this world.

Franklin is an up-and-comer

Franklin makes his money stealing cars, but he has his sights set on the good life, in the vein of Michael. In one scene he scolds a friend for being narrow-minded and only interested in putting up “gang signs”. Franklin wants to move past the life of a “gang-banger” and get into the big leagues. No surprise then he and Michael eventually team up.

He also has a woman in his life: the trailer doesn’t reveal exactly who she is, but she is clearly disenchanted with the life Franklin is pursuing. And as the youngest of the trio, Franklin’s journey might well be the most morally fraught too, as he balances his financial gains with the harm he inevitably causes.

Franklin also has a Rottweiler named Chop, who makes a furry appearance during the trailer. How Chop features in GTA V is yet to be seen, though Rockstar has clearly spent a great deal of time perfecting the verisimilitude of these character’s lives. That a part-time crook might own a Rottweiler for matters of security seems entirely appropriate.

The mini-game: a game within a game. GTA V is full of these games within the game proper. Late in the trailer we spy Franklin in a motorcross race, zooming up a dusty track. Then there’s Michael’s tennis court: it’s not only for show, because tennis is one of the activities you can partake in during your escapades. The trailer also gives us a brief snapshot of a car tumbling from the back of a cargo plane, hinting at the possibility of a parachuting mini-game, which given the size of the world, will be a giddy pleasure indeed.

With three different characters to control, each has their own personal backstory and a stretch of land they call home. The trailer demonstrates the varied lives of these interwoven characters, from Michael’s beautiful mansion to the downtrodden environs Trevor cosies up to. They’re also marked by different character traits, but if the trailer is anything to go by, Michael is the unifying force. As the trailer comes to a close, and the characters join forces for the first time, Michael introduces Franklin and Trevor to one another. “The son I wished I had,” he says about the former. “And my best friend,” referring to the deranged, balding menace that is Trevor.

Rockstar has hinted that one of the three playable characters will indeed be the antagonist of the game, but story aside, Los Santos is shaping up to be a beautiful and vibrant city. Moreover, it looks to be a far more resplendent game in tone and colour than the rather dour journey of one Niko Bellic. The sombre East Coast palate of Liberty City is in marked contrast to the bright, shining lights of West Coast Los Santos.

GTA V is arriving this Autumn. If it emulates the release of GTA IV, April is the month to bookmark. 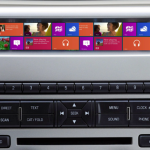 With Windows 8 Embedded, Microsoft’s new OS could be in your fridge
Innovation • 16 Nov 2012
Read More
More