The Apple Mac mini has long been the cheapest way to own a Mac. Since its introduction in January 2005, the small form factor desktop Mac has offered a low-cost alternative to the all-in-one iMac or the high-end Mac Pro.

Although it’s sold without a keyboard, mouse or screen, everything else you need is in the box. It’s internet-ready, through Ethernet or wireless N, and comes with OS X 10.8 Mountain Lion and all its bundled apps pre-installed.

There’s also a server version of the high-end model, which includes the server edition of Mountain Lion and twin 1TB hard drives, for £849/AU$1,099/US$999.

If you want to use the same computer at home and at work, for example, you can set up a keyboard, mouse and monitor at each, and then when you’re ready to leave, unplug the Mac mini and slip it in your bag.

Since the mid-2010 refresh, the Mac mini’s transformer has been built into the body, so the power supply is a cheap figure-of-eight lead.

The Mac mini lost its optical drive with the previous generation, in the summer of 2011, and unsurprisingly, it doesn’t make a return here. If you want to use CDs, DVDs or Blu-ray discs, you have to buy an external device such as Apple’s own USB SuperDrive, or if you also have computer with an optical drive fitted, a Remote Disc.

The 2012 refresh isn’t a radical overhaul. It retains the same basic form factor as the last generation of Mac mini, and makes no major changes to its functionality. But it’s more than a mere incremental upgrade.

The step up in processors, from the second generation Sandy Bridge chips to the new third-gen Ivy Bridge CPUs, bring a welcome increase in power. Their integrated Intel HD Graphics 4000 chipset is around 60% more powerful than the Intel HD Graphics 3000 used in second-generation Core-i processors.

Unfortunately, the discrete graphics chip that made its Mac mini debut in last year’s high-end model has now gone, so both 2012 Mac minis rely solely on integrated graphics. This is annoying, considering making room for the discrete chip was given as a reason for dropping the optical drive.

Review from Techradar.com and is published with permission. Continue the review here. 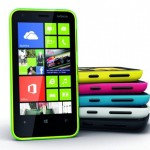