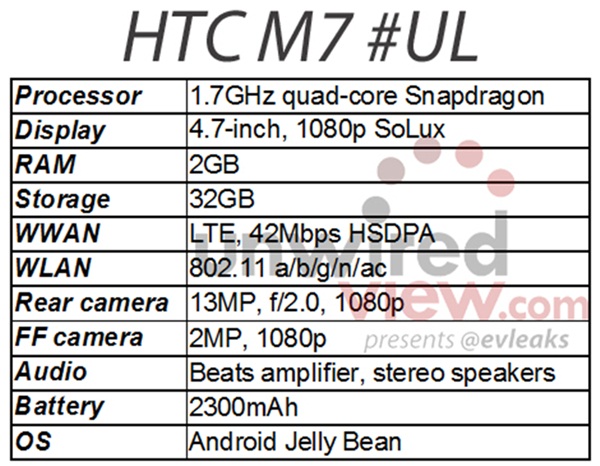 It appears that Taiwanese manufacturer HTC is at it again. The smartphone developer has had details of its latest Android project leaked thanks to Unwired View. If this leak is legit, the M7 might be the one smartphone we can’t wait to get our hands on. As far as we can tell, the listed specs would see the M7 usurp the HTC One X+ as the company’s Android phone of choice. Let’s run through the specs, the M7 is rumoured to be powered by a quad-core Snapdragon processor, clocked in at 1.7Ghz which is on par with the One X+. The two also share the same dimensions of 4.7-inches, the M7 however sports a “SoLux” 1080p display which supposedly offers enhanced viewing angles, outdoor visibility, colour accuracy and 468 PPI.

As far as storage goes, the M7 is said to pack 2GB RAM and 32GB flash storage. It will also be supported by Android JellyBean, the iteration of which has not been specified. Other features see the M7 fitted with a 13MP rear and 2MP front facing cameras to keep all those “duck-facers” happy.

The M7 will likely be a globally released device, given its LTE capability as well as two US-based carriers who are ready to add the M7 to their lineups. Added to this, the M7 will also sport HTC’s latest UI, Sense 5. It should be interesting to see how the M7 will affect the significance of the HTC J Butterfly, Droid DNA and Deluxe DLX. 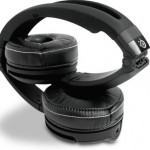