According to the report, HTC will release a 7-inch and 12-inch tablet as Microsoft CEO Steve Ballmer, looks to flood the market with Windows integrated devices to challenge the tablet lineups of Apple, Google and Amazon.

This rumour has gained some traction since the story broke early in the US today, with Ballmer meeting up with HTC CEO Peter Chou to discuss future Windows Phone 8 plans. It isn’t certain that tablets were included in this discussion, but The Verge were told by HTC’s CPO, Kouji Kodera, that the company is “highly interested in the market segment”.

Bloomberg’s report goes on to say that HTC have “tentatively” scheduled the rumoured tablets for a third quarter 2013 release. The tablets are also most likely to be powered by Qualcomm processors, as an original plan involving Intel had to be scrapped due to fears surrounding a high price point.

If this development comes to fruition, it may work out for both parties. HTC would finally have a viable product to go up against the iPad mini, Nexus 7 and the Kindle Fire. Microsoft would then have a product with the necessary hardware to support Windows RT. A flaw cited by many, leading to the mixed reactions the Surface RT has received. 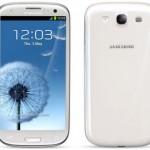