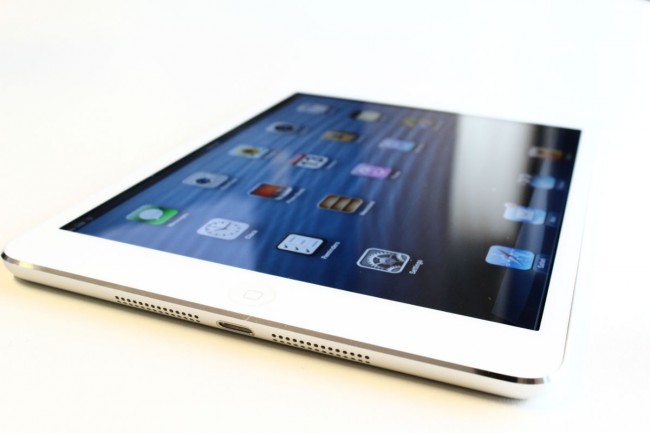 Behold the chamfered edge
I have quite a bit of Apple product fatigue. I’ve owned seven iPhones, three iPads and two mac minis in my time. They are quite pricey, and when the newest gadget comes out, the current one becomes pretty much worthless. When the iPad mini was announced, I felt that fatigue. I thought to myself – if I am going to complicate my life with yet another device, it better be good. And chances are, if it’s an Apple gadget, it will be good.

I tried to work out where an iPad mini would fit in my life. Besides the large screen (the TV), the small screen (the phone) and the medium-sized screens (iPad and notebook), where would this new in-between screen fit exactly? Is this some kind of Kindle competitor that I would read books on? Is this a more casual iPad, or just a smaller iPad for people who would prefer something smaller?

The price is nice (from US$329) and it’s a gorgeously thin, light and compact device. In fact it made my iPad 3 64GB feel like a tractor, which is great for the iPad mini, but not so great for those already invested in an iPad. But that’s life, the world must move on and the pace of technological change is rapid. Another unexpected surprise was that typing felt easier and smoother on the mini screen than the larger screen of the iPad. Ironically, as a result of the size of most human hands, it is easier to type on the smaller screen, than the larger iPad. So for typing its better than both the iPhone (too small) and the iPad (too big). Attractively designed, but the fugly screen lets it down
So far so good, and unfortunately for my pocket, the mini is something I’d prefer to have over my paper weight/iPad. But then I switched it on… and what did I see? Grainy, pixellated text and images that belong to an iPad and iPhone that we saw a generation ago. Surely there is no way that Apple would release its latest and sexiest piece of hype with old technology? Was I trapped in a solipsistic nightmare? Is it 1 April? Am I on Candid Camera? I called a colleague over to check if I was indeed right. And I was: No retina display. Huh?

Bringing the iPad mini out without the clean, finely tuned retina display is a big mistake by Apple. For a company known for innovation and high standards, this is a big letdown on so many levels. As an iPad retina display owner, the display instantly irritated me. I, like many consumers, asked myself: is there really any point in buying a device that you know will be upgraded to retina display in the next year? Lightning is the best thing since sliced wheat-free bread
But it goes beyond what consumers think. It also asks very serious questions about Apple itself. This is a company that strives for high quality and does not overlook details, so then why did they bring this out? I have never said this before – and I hate buying into the cult of Steve Jobs because there are so many other talented people at Apple that have made the company what it is today. But I really felt it this time: I cannot help but think that if Jobs was still in charge – he would have done something Maverick like stop the production line to ensure the mini was a device that met Apple’s standards, not bring this inferior transitional device out.

So there it is. The iPad mini looks good on the outside, and is an antique on the inside. By Apple’s standard’s it’s poor. Buy it now, and you will feel sorry in a year when the upgraded version comes out and makes your investment look silly. It will be interesting to see the shipment figures of the mini to see if consumers reject it.

And I have to ask: What exactly is going on with Apple? Have I missed a joke somewhere?

Thanks to Wantitall.co.za for supplying the iPad mini. 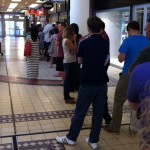