You want a long story about RIM’s latest BB10 devices? Or do you want some shit-hot pictures of the brand new BlackBerry Z10? We hope you chose the latter, cause here are some insanely sweet renders of the BlackBerry Z10, care of EvLeaks. We’re 99% sure that this is the real deal, despite being a render

The UI matches what we’ve shown a few months ago, and paging through the leaked BB10 training manual shows a phone that looks exactly like this render. What else are we to ascertain, but that this is the Z10?

It looks great. Sleek, iPhone-like, and exactly what we expect from a company trying to crawl its way out of fiscal ruin. Come 30 January, we’ll all find out if BlackBerry can deliver the goods. 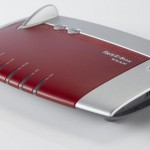