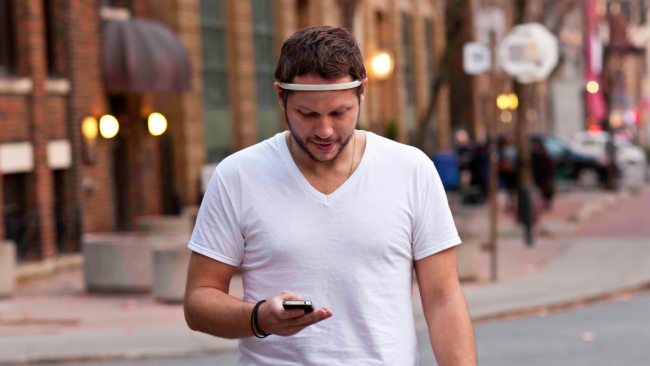 A penny for your thoughts? That phrase could well become redundant if what a Canadian company is contemplating comes true.

Why contemplating? Well, it’s 25% there — reading your thoughts (some of them at least) with a mere plastic band around your forehead. When and if the full potential of the Muse is realised, it will make Google Glass look like a dinosaur from some pre-historic era. Believe me that’s no exaggeration, this brainwave monitoring device has all the capabilities of figuring out just what the heck is going on in your mind. Hey, what happens to dirty thoughts, then? Privacy control activists are going to have a field day on this one, I bet.

Not many of you may have heard of the InteraXon, based out of Toronto. But those who are at the International Consumer Electronics Show (CES) 2013 at Las Vegas, USA, will find this company at a stall in the Health section (Booth number 26728) demoing the Muse.

So what exactly is the Muse? Have I created enough suspense? Well, according to InteraXon, it’s a sleek four-sensor headband that allows you to control games, reduce stress, improve memory and concentration, and eventually to control devices directly with your mind.

Whoa, controlling devices with your mind! That’s what the Muse headband promises to do, ultimately. Imagine this — you walk into your living room and your brain passes a signal to your OLED TV to turn itself on. Or it tells the popcorn to go pop in your microwave. That’s just for starters, the end result holds enormous promise. But for now, as Phase 1, the head band gives you feedback on your mental state of mind.

InteraXon was seeking funds on crowdfunding site Indiegogo but now that’s over and done with; the company managed to raise 192% of the US$150 000 it had originally sought.

All of us know at least this much about our brains that there’s a lot of electrical activity going on inside, whether we are awake or asleep. Each state is accompanied by specific brain wave patterns. For example, brains of people in relaxed states create gentle, slow-moving alpha waves, while those engaged in intense concentration generate quick, jagged beta waves.

Looks good from any angle

The four sensors on Muse simply pick up these tiny electrical outputs, and as you shift between states, Muse’s algorithms detects them, and show you those changes in real-time, just like a heart rate monitor can provide information about your physical activity. Just like an EEG, but way, way more portable.

What can it do today?

When the Muse ships a couple of months from now, it will have the first in-house (InteraXon) application on it — the Integrated Brain Health system. It will guide users through a series of lessons delivered in virtual environments on their phones or tablets. Have a lecture to deliver? Do some mental calisthenics to focus. De-stress your mind on the train ride home or simply take a mental holiday by flooding your brain with alpha waves, all this and more is possible using this app.

All of it, claims InteraXon, will help you build health brain habits such as: better attention skills, improving your memory, reducing anxiety, building a more positive attitude and staying motivated. She looks relaxed, at the very least

InteraXon is a motley crew of interdisciplinary team of artists, engineers, neuroscientists and designers all setup in 2007 and working on brain computer interfaces.

And if you thought all this is awesome, wait till you hear this. InteraXon says it’s well known for the installation it created for Ontario at the 2010 Vancouver Winter Olympics. This contraption allowed people in Vancouver to control the lights on Niagara Falls, the CN Tower, and the Canadian Parliament buildings from more than 2000 miles away, using, well, only their brainwaves!

I leave you with that mind numbing thought. 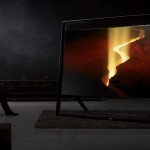