A leaked PowerPoint presentation of the Blackberry 10 (BB10) training manual for Rogers employees (a retail electronics store in the US) has shed light on the new BB10 specs and the promise of about 70 000 QNX apps that will be available in the new re-named Blackberry World. The training manual apparently contains some screenshots of an online course for sales people.

A few specs on the BB10 phone also slipped through in the documents, promising a Snapdragon S4 processor, a 1 800mAh battery and the 4.2-inch 720p screen toted to have a 356 pixel density. The subject of the new “best in class” HTML5 is mentioned constantly as well, with a brand new web browser. With the promise of 70 000 apps though it is not known if those apps are all new, or the result of BB’s free giveaway to developers to jack up its app catalog. There is also the promise of more than 20 million songs at launch, as well as videos and TV shows for rent or purchase.

The leaked slideshow in all its glory

Blackberry isn’t as aggressive as its rivals when it came to “leaks”, and the latest could be considered a good marketing ploy whether it’s intended to or not. There is nothing to get users as excited as a leak like this. Nevertheless, the presentation does reveal what Research In Motion is looking to up its game with. Expect an aggressive BB10 launch and experience. 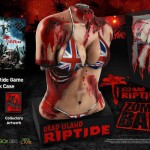