Every year at CES, technology gets bigger. We’ve seen 85-inch televisions, 6-inch phablets, and now Lenovo has upped the ante with an awesome touch-based monstrosity. Too big to be a tablet and too touch oriented to be your average all-in-one PC, the Lenovo IdeaCentre Horizon is the first so-called table PC.

And it is the size of a table. When we first laid eyes on this 27-inch beast, we imagined a group of architects or engineers using it to study the latest blueprints. However, we were surprised to learn that Lenovo plans to market the Horizon to home users.

Armed with Windows 8, plus a custom interface of Lenovo’s own design and a few games made especially for this big touchscreen, Lenovo’s IdeaCentre Horizon Table PC is ready to take the living room by storm. While we loved playing on this big high-definition display, we wonder if it’s too niche or, dare we say, unwieldy for the average household.

Propped up on a desk, the Horizon actually doesn’t seem that mammoth. 27-inches is a great size for an HD display, especially if you dabble in gaming or graphic design. A built-in stand on the back keeps it at a comfortable, familiar viewing angle.

Fold that stand into the Horizon’s back and the display lays flat. This is the Horizon at its most unique, and also its most cumbersome. For our demonstration at CEs the Horizon was loaded into a custom rolling table. This made it easy to move the horizon into place, and get four or so people gathered around it.

Of course, we have no such setup in our house. While we were the idea of gathering around the Horizon to share photos and YouTube videos with friends, we struggled to think of where we would do so in our apartment.

It’s not bound to a power cable though. The Horizon has a battery that allows it to go untethered for two hours, according to Lenovo.

All are equal around the Horizon

Laying the Horizon flat triggers Lenovo’s custom UI. Design specifically for the multiple users gathered around the table PC at all sides, every icon can be moved and rotated. Adjusting the orientations of the photo wheel and app selector makes for an extremely democratic setup where all users have equal access.

Four friends gathered around a rectangle recalls a board game session, and the Horizon actually comes loaded with Monopoly, among other games. EA Games had made a custom version of the classic game of capitalism, which can be played Horizon-style, with friends standing at each side.

Ubisoft has also made a top-down, fast and furious shooter. This game is controlled using joysticks that suction cup onto the Horizon’s glass. There are also sliding strikers used for controlling air hockey, and a e-dice that can be rolled on any surface, with the outcome automatically reported to the Horizon.

While these applications were designed for the Horizon, they weren’t flawless. Air hockey felt a tad laggy. The plastic strikers dragged their digital counterparts with a little bit of lag. It felt a big like dragging a magnet.

The Horizon Table PC may not look like your average computer, but its got familiar internals. When it releases this summer, it’ll be available with i3, i5 and i7 configurations, and up to 8 GB of RAM and a 1 TB hard drive.

Its display is full HD at 1080 x 1920, and it supports 10-point multi-touch. It runs Windows 8 spectacularly, We’ve never enjoyed simply navigating the start screen so much as we did with this massive touch-friendly screen.

When you like at it as an all-in-one, the Lenovo Horizon Table PC isn’t so niche. Packing everything inside that 27-inch touch display for the sort of simple, elegant presentation we usually see from Apple.

While the reclined mode is the most fun, it’s also the least practical. If you’ve got the space, it would be a great way to share vacation photos or play a board game or two. The fact that Lenovo has garnered support from EA Games and Ubisoft, giants of the gaming space, has us hopeful that more apps will be designed for this unique device.

Finally, it’s not terribly expensive either, at least for the lower end version. i3 configurations start at only $999, so even if you’re not running your own graphic design firm, the Horizon Table PC isn’t out of your reach.

Stay tuned for our full review of the Lenovo Horizon Table PC.

Review from Techradar.com and is published with permissions 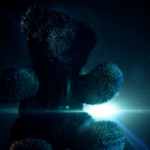