After making a surprise appearance at CES 2013 on an unknown smartphone and just in preview form (see video at the end), Mozilla has just announced a “Developer Preview Phone” running on a Firefox operating system. Mozilla is touting it on the official webpage, and the Mozilla Developer Network has published instructions on how to get your Android 4 Ice Cream Sandwich phone to install Firefox OS.

The year has been hotting up with various new OS’s for mobile devices, with Ubuntu gaining a lot of respect with its free OS for mobile. It would seem that the traditional big boys are going to have a plethora of competitors this year.

The “Developer Preview Phone” is targeted at developers to bring the power of the web to mobile, and is developed by Geeksphone in partnership with Telefonica. The specs are not the greatest we’ve seen yet, but since this is a developer smartphone and not for resale (yet), it can be forgiven:

However, the most important aspect of Firefox OS is the “freedom from proprietary mobile platforms” as Mozilla promulgates on the site, along with promising “customization for OEMs and operators… opportunities for developers… [and] consumer freedom”, and wants to enable the Open Web as a platform for mobile devices. It seems to be all about freedom of choice according to Mozilla: “Firefox OS will produce an implementation of these new Web standards to free mobile platforms from the encumbrances of the rules and restrictions of existing proprietary platforms.” 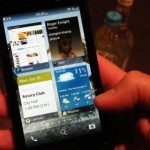