Virtual reality gaming (VR), the type we would see in sci-fi movies of old, never really hit consumer lever. Whether it was too pricey, or just never was incorporated correctly into games is up for discussion, but the fact is it’s like electric cars. They are out there. But you never see them on the street.

At CES 2013 the Oculus Rift, developed by VR aficionado Palmer Luckey, raised a few eyebrows and promises for the future. What started out almost as just playing around with ideas and parts, turned into a Kickstarter success, raising more than US$2.4 million. The ski-mask style goggles might look a tad dorky and funny, but this is at development stage and anything is possible for the future. The display inside is 640 x 800 pixels per eye that combines to deliver a 1280 x 800 display. So this might not sound like much but remember this view will be right up against a users eyes. In that respect it can be considered quite good. And as said before, it is still being developed further.

While there are still some lag and latency problems with the device, the developers say that with the development kit the results will be better than what can be presented at the moment. 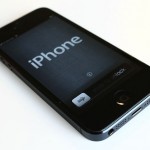