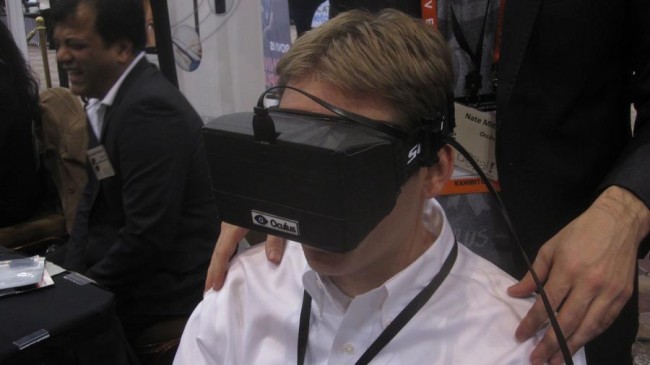 You’ll find many new, and in some cases, legitimately compelling gadgets on the vast CES 2013 show floor. But oftentimes the more interesting gadgets are found at the Digital Experience event that serves as the show’s warm up act.

We took a look at the Oculus Rift, a virtual reality headset, which made headlines last year via its wildly successful Kickstarter. Oculus LLC’s quickly received funding when it reached 36 million in less than 36 hours, and ended up with a very healthy amount of US$2 437 429.

The headed mounted display has made several appearances since, and in each instance, there have been refinements.

The version that’s making its CES debut is its most developed one yet, and despite not being quite 100 percent, it easily surpasses every other virtual reality headset. Period.

Instead of a clunky helmet that covers one’s cranium, it simply covers the eyes, much like a ski mask. One that easily accommodates glasses, by the way.

Because it tracks one’s motions, when you turn your head, the on-screen images corresponds, and to a one-to-one degree (or at least its very close to it).

To demonstrate the Oculus Rift, the Epic Citadel demo was used, which produces a medieval marketplace, one that is populated by humble townsfolk and knights in armor, with snow softly settling in.

Movement is taken care of with a standard video game input, the Xbox 360 in this instance. The game is basically a first person experience, but feels like so much more with the Oculus.

The overall effect and accompanying sensation is impossible to fully convey, because there has been nothing quite like it.

The first moment you move, it’s rather perplexing and disorienting. It’s like walking for the very first time.

Despite all efforts, I was only able to experience this for about 10 minutes, then I felt sick. The time it takes for the effect to kick is not consistent, and appears to be dependent upon the game’s frame rate, camera system, and other factors that have not be isolated.

So any person in similar shoes would perhaps be hesitant to give the Oculus Rift a whirl. Surprisingly, after the initial shock, which representatives state is common among all first-timers, there is no violent reaction.
The experience is extremely fluid and natural, to an amazing degree. And in less than a minute, one comes to the realization that this is the bold face of the future of gaming that so many have longed for.

The rep went on to explain that the end result is different for everyone. Those who are prone to motion sickness easily have no problem with the device, while the opposite also holds true.

For reasons even the device’s creators have yet to grasp. Ultimately, it’s still something very different, and most importantly new, so there is much to be discovered.

There is still no target release date for the final product, let alone price. At CES, two versions were shown: The somewhat rough prototype, which is covered by black tape; and the developer kit, which looks definitely more polished. But whenever it happens, the Oculus Rift will most definitely be a game changer, without question.

Hands on review from Techradar.com and is published with permissions 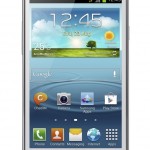