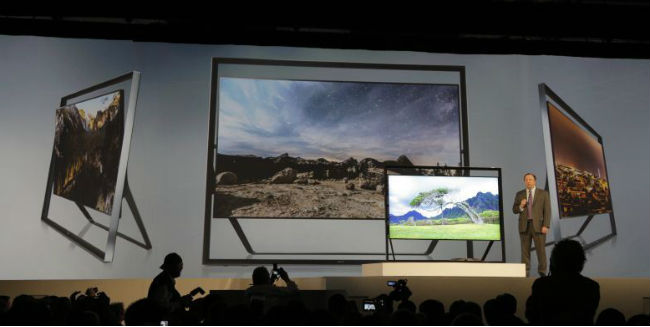 CES 2013 has proven itself again, mostly with futuristic and interesting products being introduced, and as always the totally weird and wonderful makes its appearance as well.

Gearburn reported on the HAPIfork, and it promises to change your life much in the way a new and improved family washing powder would. That seems to be a recurring theme at shows like this. Gadgets and products that will make Nirvana of your life because it’s new and improved and technologically advanced to a degree that you will never fully understand how it works. Like the nutty Japanese and their techno toilet.

Kicking off the list is the Canopy Sensus iPhone case, a touch sensitive casing that lets you play games and interact with your iPhone (for the moment) while not obscuring the screen. Controls are on the side and back of the case and to be honest, the promise of surfing or playing games on your smartphone without having to smudge and obscure the screen is totally inviting. It’s a cool idea, and one of those strange products that you will give a chance to succeed. But how long will it take to learn a new way of holding and operating your phone? 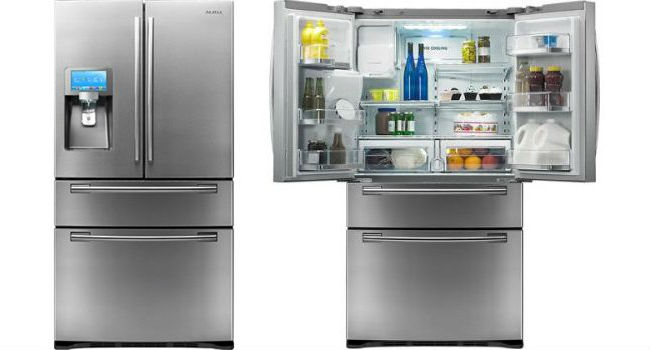 Nowadays, if you want to make something cool and futuristic, you put a touchscreen in it. Samsung knows this, and showed off a new fridge with touchscreen at this years CES. It’s got Wifi and you can load apps as well so you can check the weather, look for recipes, play games or do your banking. But we do that on our smartphones already. Now if the fridge was portable… Imagine that. Get ready for overweight teenagers standing in front of the fridge because it has a touchscreen built-in. How long before it is paired with the HAPIfork?

In the same breath as the HAPIfork, the Singing Toothbrush aims to make people brush their teeth longer and better. Currently the artist featured on the toothbrush does not measure up to much really, with Justin Bieber and Lady Gaga topping the brushing charts. We can see 14 year old teeny-bopper girls (and some boys) buying this, but listening to Justin Bieber will not make us brush our teeth any longer.

Samsung again, and this time it’s come up with what can only be described as a humongous television. The 85-inch, 4K TV is carried by a large metal frame that tilts up and down and incorporates a 120-watt 2.2 speaker system. This is currently the largest Ultra High-Definition TV in the world, and features Samsung’s Smart Hub software, S-Recommendation, and voice control, and is powered by a 1.35Ghz quad-core A15 processor. There are no details on the cost yet, but you can be sure it will probably be around the price of a small family car.