Windows RT was jailbroken earlier this week and now unsigned (read: mostly illegal) ARM applications can run on the maligned OS. Microsoft then hilariously released a press statement saying how the hack is a non-issue, and actually congratulated the hacker on a job well done. “We applaud the ingenuity of the folks who worked this out and the hard work they did to document it. We’ll not guarantee these approaches will be there in future releases.” Now that’s losing in style.

The “ingenious folks” is one person in reality, Netham. Here’s a winning tweet announcing dominance over Windows RT.

The jailbreaking tool is a batch file, an automated set of instructions which alters the Windows RT kernel for unsigned ARM apps. The jailbreak though needs to run every time Windows RT boots up. This is otherwise known as a tethered boot. But happily, the jailbreak runs directly off the tablet and is a one-touch affair.

Download and learn how to jailbreak Windows RT here.

So what’s the fuss? Stuff like this is now possible:

Yes, that’s an early version of OS X running on the Surface RT. When Ubuntu finally hits Surface, then the thing may be worth buying. Or maybe not. 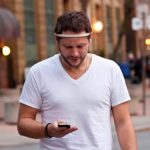