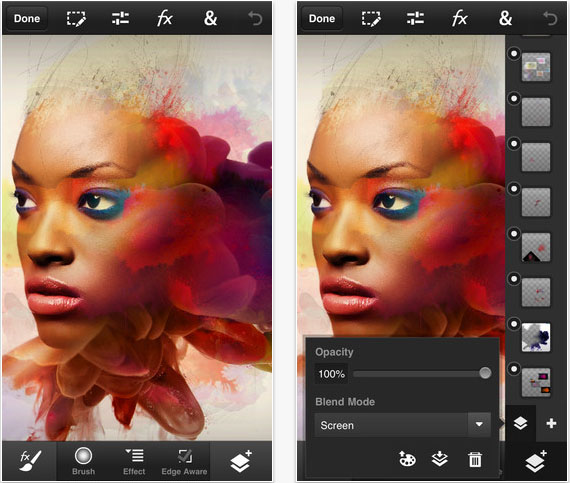 After more than a year on iOS and Android tablets, Adobe has released a crunched version of Adobe Photoshop Touch for Android and iOS. Photoshop Touch for smartphones incorporates almost all of the image editing tools available on the tablet version, and is available for purchase at Google Play and the App Store for US$10.

Available for versions upwards of iOS 6 (iPhone 4S and 5) and Android 4, the app can be synced with Adobe Creative Cloud, which means a user can start a project on the phone and finish it later on a tablet or desktop PC. Projects are automatically synced between various registered devices using a free Creative Cloud membership, that includes 2GB of storage. Images up to 12 megapixel are supported and can be sourced straight from the phone’s camera or from the web, like Facebook or Google image search.

Support for layers is also included, and these layers are preserved when saving in the cloud or importing to a desktop from the cloud, while also integrated with Twitter and Facebook to share images online. The Photoshop tools present are more than sufficient for most types of editing, and includes graphical text, tonal and color adjustments, filters, selection tools and opacity settings to just name a few.

The interface is slightly different from what is seen on the tablet version, but that was inevitable when designing it for a smaller display. As Photoshop Product Manager Stephen Nelson said in an interview with TechCrunch: “You’ll notice a few things that are different already about the phone version, just to fit a smaller screen, but I could see it continuing to evolve slightly differently on the phone compared to the tablet.” 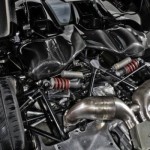