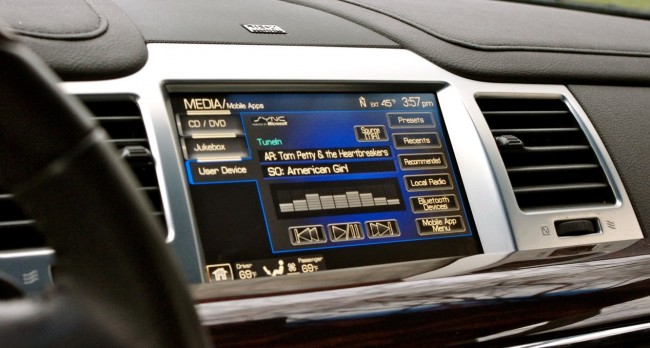 Cars have always been on the forefront of technology, but only recently have they begun to integrate into the consumer electronics fold. Cars will soon be as much of your digital life as your smartphone is. In fact cars are ever-increasingly becoming like smartphones. Android, Linux, Windows, Tizen and QNX; all of these are operating systems that you would find on cellphones but are now found in some of the latest cars from some of the biggest manufacturers in the world.

Ford’s fantastic Sync technology runs off of Microsoft’s “Windows Embedded Automotive” software while relying on Nuance Communications (the same company that makes Dragon Dictate software and Vlingo for smartphones) for the voice control aspect of its Sync feature. Sync even runs off of the same parts you’d find in a smartphone (albeit an outdated one) with an ARM11 processor, mobile DDR SDRAM and Samsung NAND flash memory.

Ford is working with several major app developers to have its AppLink technology integrated into apps like Pandora and Amazon Cloud Player which allow streaming music to be played directly over the car’s audio system, and Kaliki which will read magazine articles to you while you drive. At the beginning of 2013 there were already 63 apps that had been coded to take advantage of the microphones and speakers of Ford Sync enabled vehicles, which by next year Ford predicts will be in the region of 14 million vehicles. Ford is so committed to having it’s apps running on the Ford Sync platform that it’s providing a free SDK, support and advice at developer.ford.com.

Ford is not the only company using a mobile OS in its cars. Android is set to become a feature in many cars with Intel and in-car entertainment manufacturer Clarion’s “Wind River” partnership, which is looking to create a new generation of in-vehicle infotainment systems. Wind River will create a custom version of Android running off an ARM-based CPU (but not Intel funnily enough) that will become an aftermarket option for those who want to upgrade their cars. The world’s most luxurious brands say “hi” to Siri

Siri is also finding its way into cars. At last year’s WWDC keynote, Apple’s then senior vice president Scott Forestall showed off a number of integrations that auto makers would be including in its cars that will utilise Siri. Manufacturers like Mercedes, GM, BMW, Audi and Jaguar were mentioned by name with Forestall showing a mock-up of a “Siri Button” on the steering wheel that would allow for easy access to the automated assistant’s functions.

QNX is most well known for being the operating system that BlackBerry 10 and the BlackBerry Playbook are built on. The company, which was acquired by the business formerly known as RIM in 2010, is in the embedded operating system business and has turned its attention to the automotive market in recent years. Since 2004, QNX software has been used in over 200 different vehicle models for everything from integrated telematics to full infotainment systems. At the beginning of the year, QNX announced the QNX Car Platform 2.0 which was demoed at CES along with a modified Bentley Continental GT convertible with a centre console showing off the capabilities of QNX’s new system. The system, which allows for full smartphone integration along with voice recognition, similar to that found in Ford’s Sync technology, will also allow for video conferencing and only works when the vehicle is parked. It then transfers the call to a voice call when the car is on the road. There are cheaper ways of getting the BlackBerry experience

The QNX Car Platform 2.0 has an API for developers to build upon the technology and will also be able to run BlackBerry 10 apps once a screen resolution tweak has been performed.

Gone are the days when cars are talked about in terms of horse power and air-conditioning, the car of tomorrow will require a new breed of sales people to explain why their car is the one to buy because of its 11-inch full HD touch screen with a quad core CPU and 32GB of RAM. 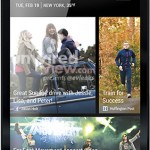