StormFly, a 16GB USB 3.0 flash drive with a bootable version of Ubuntu, is a computer “safety” device aimed at the much younger computer savvy generation. While you could snigger a little at the description that it “is basically a PC on your wrist” (well it’s not really is it), what it does could just be the stuff of dreams for parents and teachers and IT administrators. One thing that has always been a prevalent fear with letting the young’uns use the computer are the things that get screwed up on mom and dad’s computer. Files get deleted, settings are changed, the odd format can happen and some dubious content can be downloaded. The StormFly, once inserted, changes the OS of the relevant computer it is plugged into, to run on the Ubuntu OS installed on the wristband with added security features that will safeguard the computer against all of these misfortunes.

While it is possible to do that on most if not all computers, virtually no one does. The Ubuntu OS takes over completely and as the makers describe: “if everyone uses a StormFly you prevent problems on your home computer. Happy kids. Happy you.”

In schools this could be valuable, as the usual setup in schools are loads of students and a few computers, causing continually changed settings, headaches for IT and administrators with dodgy downloads and filled up hard-drives. What this basically means is that every time a student or child at home inserts the StromFly, the PC becomes their’s. All with their settings and specs.

This “almost-a-PC-on-your-wrist” sells for US$59 and up till now has already received US$14 000 in pledges. 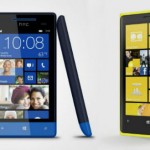