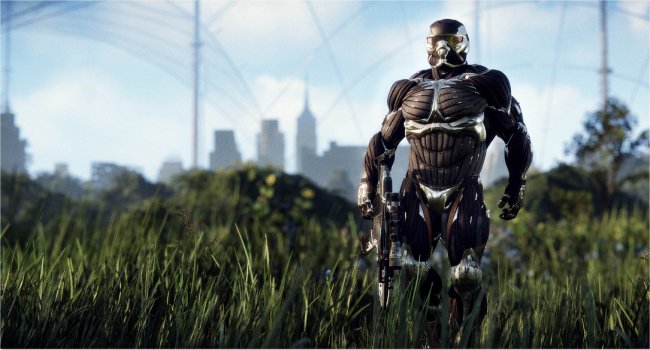 Welcome to Crysis 3, a game of visual delights and extravagant excess. It’s an astonishing technical achievement that pushes the Xbox 360’s aging technology to the very boundaries of reason. Yet it’s also a beautiful game artistically. Yes, there might be invisible algorithms working frantically to render Crysis 3 in all its stunning detail, but there’s also a sketchbook with drawings that have dreamed this world onto paper. And it’s these sketches that have helped the programmers to weave their technical wizardry. At times Crysis 3 has an almost liquid beauty. To see the world animate, to see its characters emote, is to see those original drawings kinetically charged and inked with colour.

You’re back in the shoes of Prophet and — best of all — back in control of the nanosuit. Prophet might be the game’s protagonist but the nanosuit is the true star, a billion dollar piece of kit befitting of Bruce Wayne and his alter ego. The suit’s functions have not been altered since Crysis 2, so you can still cloak yourself when stealth is imperative and employ extra armour during firefights. Once again, the suit also allows you to jump to great heights, affording the player the chance of using verticality to their advantage. What has changed is the world you now inhabit. The story is pure Sci-Fi fluff that barrels to a Hollywood conclusion. But the beauty of the narrative is the world it lets you explore. Like its predecessor, Crysis 3 is set in New York, but a New York 20 years in the future and one that now sits under a giant dome. The dome acts as a hub of self-sustaining energy, but it’s turned the city into a giant greenhouse as a result. Natural vegetation has sprung up in its wake leaving a once concrete world to intermingle with jungle flora. This is a New York City collapsing under the parasitic weight of its own vegetation.

In a sense, Crysis 3 mixes the feral wilderness and open spaces of Crysis 1 with the more tightly designed, urban environments of Crysis 2. The result is an interesting mix of both man made structures and untamed wildlife, but also of big open spaces followed by smaller, more tightly controlled levels. The overrun city evokes the feeling of a world in neglect, left to the war-mongers and the truly savage. It’s so beautifully presented you can almost taste the Mediterranean humidity. In fact the overall look is reminiscent of the History Channel’s documentary Life After People. Ironically, despite the desolate setting, Crysis 3 feels like a story of companionship. Much of the game centres on your relationship with Psycho (the playable character of Crysis: Warhead), a big lump of angry Cockney meat. Psycho might favour his brawn over his brains but a surprising amount of the story revolves around him. He is a constant and often comforting presence throughout the campaign. Unlike lesser shooters that misuse the gambit of an AI sidekick, Psycho is helpful when you need him most and unobtrusive as you become familiar with the way the game works.

But he’s not just a tool to help you familiarise yourself with the controls. No, Psycho is also an important cog in a story that he flavours with own distinct presence. In fact, some of the best moments of the game come when you’re simply in conversation with him. Crysis 3 is told exclusively from Prophet’s view behind the mask and as he and Psycho verbally joust, you, the player, are in the best seat in the house. Weapon mods are key to success
Bowed over

Psycho is also the character that gives you the Predator Bow. This single weapon becomes the defining experience of the entire game and an armament that essentially encapsulates the look and feel Crysis 3 strives for. It is a weapon of the jungle; a weapon befitting the most sadistic predator and, in a sense, it is beholden to the influence of the Alien vs. Predator franchise.

Indeed you’ll feel every bit the hunter as you stalk your prey in tall grass and ready yourself for a kill by pulling back the arrow and listening to the arrow discharge with a satisfying thwack.  With the bow in your hands you can silently pick off targets with one shot. To counteract its innate power, the bow only comes with a small supply of arrows, meaning that you enter into a risk/reward conundrum as you traverse each level.

Do you fire an arrow at an important target 50 metres away, but risk not being able to get to his slain body to retrieve the precious arrow before your cloak deactivates? Crysis 3 might not be the most challenging shooter, but you do need your wits about you. And for the first time in the series, developers Crytek embrace stealth to the fullest degree. It’s true: the Predator bow can make life too easy, but it does better the game.

And then Crytek decides that the campaign is going too well. They decide to indulge their greatest vice. Remember those dreadful aliens that ruined the campaign of the original Crysis? Well, they’re back.  Ironically, the first few aliens that populate this game come as a welcome change of pace. With their speed and directness presenting a unique challenge. They work to ratchet up tension. But then soon waves of these things start appearing, in different sizes and forms. It all becomes too much. You get bogged down in a slaughterhouse.

At the midway point Crysis 3 is an excellent shooter with just the right sense of pace. But in its final half it all too often relies on big shootouts and Hollywood clichés as it ushers you towards the needlessly loud and brash dénouement. The alien menace, in smaller numbers, works to great effect. But as you trudge into their underground lair and start bashing triggers like a testosterone junkie, Crysis 3 feels sorely at odds with what it does best: giving you a big, open world and letting you stalk human prey quietly and slowly. Who else but Crytek would render each blade of glass individually?

It’s a shame because, by and large, this is the best Crysis game on consoles yet. And as I’ve stressed, its technical and artistic merits are considerable. All the enemies, human or alien, animate beautifully. The entire package looks so wonderfully polished. On the other hand there are a few bugs that have been carelessly overlooked; small, AI glitches that lessen the sheen somewhat. And in a campaign of only six hours, Crytek could have surely afforded to pull back the number of aliens in the game and made their presence an impactful surprise, rather than the main foe of the entire game.

Thus, the campaign loses steam, but Crysis 3’s multiplayer offering is devilish good fun. The best mode of all is Hunters, in which two nanosuited players go up against their friends (who are bereft of nanosuits). As the name of the mode suggests, this two-man team goes about hunting the rest of the players on the map. Every player they kill is brought onto their team until only one, lone survivor remains. The last man standing is embroiled in a wonderful game of cat and mouse as they try to beat the clock and the legion of nanosuited players pursuing him.

Elsewhere there are standard multiplayer modes like deathmatch and team deathmatch that feel well suited to the Crysis mould, but it’s Hunters mode that works best of all. The multiplayer package has been developed by Crytek’s UK subsidiary, and it’s handled the task well. But while it’s all good, competitive fun, there are enough glitches to mean it won’t be the permanent choice of online gamers a year down the line.

With the Predator bow in hand and New York’s belly of vegetated land to traverse, Crysis 3 has a distinct and oft-picturesque identity. It feels like the first entry in the series truly content with its identity as a full-fledged stealth game. It’s just a pity the campaign isn’t left as a series of wide, open levels in the vein of Dishonored. Crytek can’t quite shake that urge that Crysis is, in some way, masquerading as a big-budget Hollywood superhero movie. The aliens come thick and fast towards the end, which is a shame, because for most of the campaign, Crysis 3 feels like a fitting end to the series.

Still, it remains a first-rate shooter and an aural pleasure throughout. Anyone who wishes to see their Xbox 360 pushed to the very limit need only to play this game. That Crysis 3 works on such ageing technology is a credit to Crytek.

It’s all about the suit
The gaming press often regards beautiful games suspiciously. We assume that, with their good looks, there must be deficiencies elsewhere. But Crysis 3 should be regarded with the awe it deservedly elicits. It does have its deficiencies in places (stupid enemy AI, a disappointingly final half and a few too many glitches) but it nonetheless acts as the last true spectacle on the Xbox 360. As final hurrahs go, it’s just a little bit special. 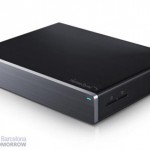