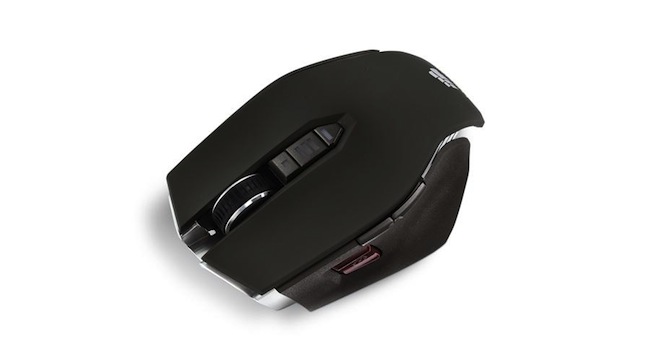 Corsair’s range of peripherals just gets bigger and bigger, and it’s now adding a new raft of updates to its Vengeance line of gaming goodies.

We’re big fans of the Vengeance range, from its excellent headsets and mech-switch keyboards to its rock solid gaming mice, and now the boards and rodents are getting a five added to their names.

Starting with the Vengeance M65, you’d be forgiven for wondering what the fuss was about – Corsair has done nothing to change the design. It’s shaped exactly like the original Vengeance M60, so it’s built around a sturdy metal base, with adjustable weights and a simple, ergonomically designed moulded grip.

There is one headline change to the M65 though, and that’s the fact it’s using a brand new laser sensor in the base. Corsair is using the updated Avago LaserStream sensor – the ADNS-9800 – as opposed to the ADNS-9500 that was in the M60. That gives the M65 a top-end DPI setting of 8,200.

At the moment that’s about as good as it gets for gaming sensors, and the Corsair software allows you to set the three DPI profile settings to any value between 50 and that top-end 8,200 mark.

Like the M60, you also have access to different polling rates, from 125Hz to 1,000Hz, in the simple desktop app.

We love high-sensitivity mice – as anyone who’s tried to use our gaming PC will attest – but even we find 8,200 DPI a little too much for gaming. All it takes is a loud bang, our trigger hand twitches and we find ourselves facing in the opposite direction. Drop down to 6,000 DPI though, and we’re happy.

With the M60 running up to 5,700 DPI with its older sensor then, why would you want to go for this upgraded version instead? Well, this upgrade is hitting the streets for the same price, so you might as well go with the mouse that offers the higher headline specs if you’ve got an 8K screen and want to get from the taskbar up to the Recycle Bin in less than an hour.

In reality though, testing the two mice side-by-side you can see what the upgraded sensor is actually getting you. The new laser module is noticeably smoother than the one in the M60, translating your movements smoothly from the desktop to whatever gaming world you’re in. We don’t know the exact sensor Shogun Bros uses in the excellent Ballista MK-1 we reviewed last month, but such is the quality of the M65 that we wouldn’t be surprised if it’s the same one.

Verdict: For our money the Ballista has more to offer, but the Vengeance M65 is a great addition to the Vengeance series and the gaming market as a whole. 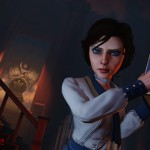