For one thing, the tablet part is a lot lighter than the cumbersome Tap 20 and is absolutely fine for having on your lap – it’s around 2.3Kg compared to over 5kg for the Tap. It’s comfortable.

Here it is in full ‘desktop PC’ mode, only it’s not really a desktop – it’s the tablet in a stand with a charger that can be used with the dock or without. The keyboard and mouse is also included.

Here’s a sideways view of the dock. Dell says the charging mechanism shown here isn’t final as it doesn’t currently click the tablet into place. This will be changed for the final shipping model.

Dell is clearly hoping the new tablet will appeal to those wanting a replacement for the family PC. But the company is hedging its bets with the XPS 18 – a huge choice of processors are available, with dual-core Pentium being the cheapest at £899/$899 USD. But you can also have the unit with Core i3, i5 or i7 – we played with i5 and i7 models here. We must say we wouldn’t like to use it with a Pentium inside – it would surely be underpowered – but Dell has clearly done it to hit that Ultrabook-level price point.

The XPS 18 doesn’t need to be placed in the dock to stand up. It has two flip-down feet at the back of the unit. These are certainly stronger than they look though, again, Dell says they will change in time for the shipping unit. However, the Dell representative who was showing us the device wasn’t sure exactly how they would change. The feet mean you can also turn the XPS 18 the other way round on a table, making a good angle for typing.

As we found with the Tap 20, many of the Windows 8 icons and charms – as well as the keyboard – weren’t really adapted to the massive screen. While we can understand why you wouldn’t want a huge keyboard, we’re surprised the OS doesn’t cope better with larger displays.

We did love the screen though – it’s crisp and colours are excellent. We were also impressed with the viewing angle; two or three people sitting on a sofa would have no problem with the angle of the display if it was stood up on a coffee table.

Here’s the rear of the device, complete with plenty of ventilation. The unit isn’t noisy though – we were actually impressed how quiet it was.

As you can see, the unit is pretty thin – less than 18mm – but has all the ports you’d require. Here we have two USBs, 3.5mm headphone, a speaker, volume and power for when using the device without the dock.

The other side has power, a speaker and an unidentified port towards the top (Dell didn’t know, this is a prototype).

We liked the XPS 18. It’s far better than the Tap 20 in terms of portability and it also has a terrific screen with an excellent viewing angle. We can see it being useful in family homes where the flexibility and multiple-user nature of Windows could be a real bonus. However, for those who already have an iPad and a laptop, it won’t appeal. But we’re really interested to see how much Dell will charge for the Core i3 and i5 variants of the XPS 18. It’s those that people will actually want to buy, while the base price point is still high compared to many family-orientated laptops. We fear the price point will put many off. And that’s a shame, because this is a great device.

This article by  Dan Grabham appeared on Techradar.com, a Burn Media publishing partner 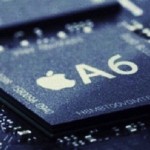