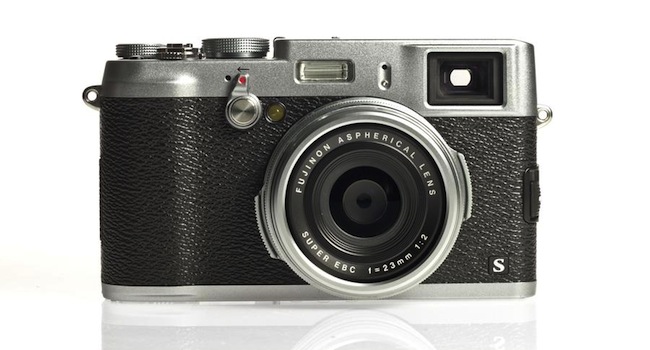 Fuji’s X100 proved very popular with enthusiast photographers looking for a high-end compact camera that produces images on a par with a DSLR. For many, its retro styling and control combined with modern technology made it a real winner, and a natural choice for documentary and street photography.

It was to these passionate users that Fujifilm turned when designing its replacement, the Fuji X100S, and the new camera makes 70 improvements on the original Fuji X100.

Unlike most cameras that use a Bayer pattern of red, green, green and blue receptors (usually referred to as RGGB) arranged in a 2 x 2 grid, the X-Trans CMOS II device uses a 6 x 6 RGGB filter array pattern, with a random arrangement of colour filters within each block of 36 photo receptors.

This means that the sensor is less prone to suffering from moiré patterning, and as a result Fuji is able to omit the anti-aliasing filter that overlays most digital camera sensors. The benefit of this is that the camera is able to produce sharper, more detailed images.

The camera’s 16.3MP sensor is coupled with a new EXR Processor II, which the company claims helps the Fuji X100S produce images with around 30 per cent higher signal to noise ratio than those from the Fuji X100.

This processing engine has also enabled the Fuji X100S to have a maximum continuous shooting rate of 6fps for up to 29 images at full resolution, and a shutter lag of just 0.01sec.

There are also two expansion settings equivalent to ISO 12,800 and 25,600 that can only be used when shooting JPEG images – raw file shooting is impossible.

There’s also a Lens Modulation Optimiser that applies a reconstruction algorithm to the sensor’s output signal. Fuji claims this reduces the impact of diffraction and corner softness to produce sharper images, even at smaller apertures such as f/16.

According to Makoto Ooishi from Fuji’s Tokyo product planning division, in the future this Lens Modulation Optimiser technology will be extended to other cameras and lenses, including X lenses for the Fuji X-Pro1 and Fuji X-E1.

Like the Fuji X100, the Fuji X100S has a fixed 23mm f/2 lens made up of eight elements in six groups and including a double-sided aspherical element and highly refractive converging glass elements, which increase detail resolution and reduce aberration. Fujinon’s HT-EBC coating has also been applied, to reduce flare and ghosting.

Because the Fuji X100S has an APS-C format sensor, the lens produces images on a par with a 34.5mm lens on a full-frame camera. This and the fast maximum aperture make it ideal for documentary and street photography.

If the brightness of the scene falls below 3EV, the Fuji X100S will default to using contrast detection focusing.

At its launch, Fuji claimed that the X100S has the fastest AF speed of any APS-C format fixed lens compact camera (not a huge pool), taking just 0.08 seconds to get the subject sharp. It will be interesting to see how it compares with the autofocus system in the APS-C format Nikon Coolpix A.

There are also changes to the manual focus system, and the Fuji X100S debuts the world’s first Digital Split Image display.

This makes use of the camera’s phase detection pixels (which double as green pixels) to create a double image that is than merged into the image from the other pixels. It’s essentially a form of digital rangefinder focusing.

Keen videographers will also appreciate the addition of Focus Peaking Highlight, which highlights the areas of highest contrast (and therefore best focus).

The Fuji X100 debuted a hybrid viewfinder, and this continues in a modified form in the Fuji X100S. Helpfully, the optical finder now has an overlay that enables you to see the exposure settings and focus point. It also now functions with subjects as close as 50cm away, rather than 80cm away.

The resolution of the electronic viewfinder (EVF) has also been boosted, and it’s a 2,360,000-dot device.

A new coating has been added to the viewfinder glass to resist fingerprints.

Like the Fuji X-Pro1, the Fuji X100S has Fuji’s film simulation modes. This has now been pushed to include 10 modes: Velvia, Provia, Astia, Pro Neg Std, Pro Neg Hi, Sepia, Monochrome and Monochrome with a yellow, red or green filter effect.

We would like to be able to use them to shoot raw and JPEG files, so that there is the option to have a ‘clean’ and a processed image. However, it’s nice that the camera automatically switches to JPEG-only mode when one of the filters is selected, so there’s no need for you to manually switch file format beforehand. 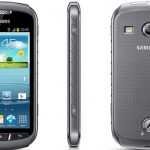