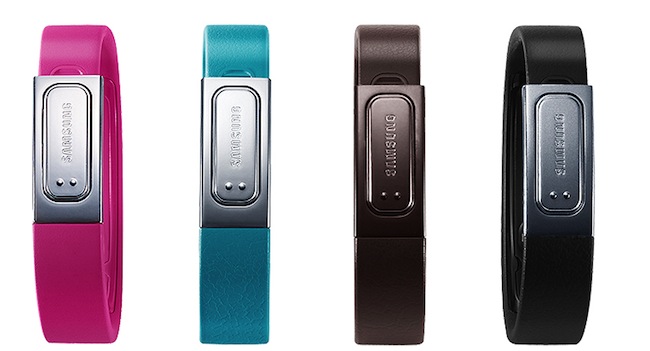 The recently launched Galaxy S 4 is a powerhouse of a phone, albeit one that is more about evolution than revolution. When it comes to accessories though, Samsung looks to be at the top of its game.

What Samsung now offers is nothing short of peripheral perfection. Gamepads, health bands, even a scale. These add-ons create a congruence with the S 4, linking the user and the device like never before. As per usual, each Samsung accessory is smartly designed, with bold new features highlighting the unique new aspects of the Galaxy S 4. Samsung’s even calling these accessories, “Life Companions”. Let’s dig in. While not an innovation, the S Band is a fitness revelation. The S Band joins the ranks of the Nike+ Fuelband, as it’s also a fancy pedometer dressed up in snazzy clothes. The S Band tracks steps, ambient temperature, humidity as well as tracking food nutrition from a database. The S Band works in conjunction with the S-Health app. Finally, it’s waterproof to 10-meters. So here’s something we can slip on, forget about and hopefully fix the fitness gap in our lives. Here’s the idea: the phone is protected, but vital information such as texts and other notifications is still instantly visible. This reminds us of the a flip-phone, actually, when the notifications were displayed on a tiny window located on the front cover. Going back to go forward, excellent. With Bluetooth pairing, support for multiple Samsung phones ranging from 4 to 6.3-inches plus the look and feel of an Xbox 360 controller, Samsung has knocked out an instant winner with this Game Pad. With the specs of the S4 being so beefy and the Game Pad looking to be a truly comfortable interface, newer handheld gaming devices such as Project Shield will have an instant battle on their hands. With some fiddling, the Game Pad may work on any phone. Samsung, thank you. This is how wireless charging is done. In other words, release the damn thing on day one. The Wireless charging pad/cover has two issues though, as pointed out by Gottabemobile.com. First, the wireless charging cover must have a special back plate (sold separately) to work. Second, wireless charging will only function if the mobile operator supports it. This has the potential to be a dicey situation tangled in red tape. Here’s hoping it’s not.

Not much to say here. The covers look to be the same as the S III’s flip covers. Therefore durable and colourful. Seven shades, in fact. The cover snugly connects to the back of the S 4 and with that massive screen, protection is a must-have. This is something we can get behind. A premium pouch for a discerning user. While pouches are usually the territory of BlackBerrys, Samsung’s pouch seems to be a classy addition to this staple of the businessperson. The cover is made from a “tough thermoplastic” so let’s expect it to protect more than the usual knocks and drops of daily mobile life. We’re unsure of the extra weight it adds on, but the thick rubber band on the side will definitely assist when it comes to damage protection. Samsung says this is a “premium Hi-Fi sound experience”. With the tech squeezed into each bud, it may just be. There are two speakers in each ear bud, namely a woofer and a twitter. There’s deep base, high-res treble sound, and a slim cable that promises to be tangle-free. The S III’s headset was fantastic, so we expect no less from the S 4’s. If the 2600mAh battery isn’t enough, the extra battery kit should do the trick. It’ll continue to charge the spare battery until the S IV runs dry.

All hail the “effective running couch” as Sammy calls it. It’s a real-time heart monitor strap that works in conjunction with the S 4 and the Running Mate app. Exercise intensity is measured by the HRM and the workout tunes itself accordingly. Combine this with the S Band and we’re entering virtual trainer territory. We’re not so sure about this one, but Sammy seems intent to measure every inch of our geeky bodies. The Body Scale connects to the S 4 via Bluetooth, pairs with the S-Health app, and supports up to seven users. That’s seven users individually, not all at once. 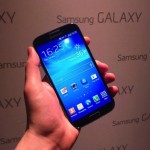