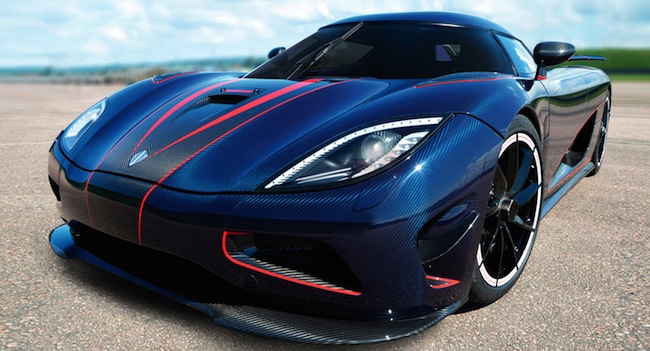 Koenigsegg is one of a handful of supercar manufacturers that are small, produce a limited number of cars each year and are actually still around. Every year we see more and more supercar concepts from obscure companies that are never heard from again. What makes Koenigsegg different is the craftsmanship that goes into every car, not to mention that everything that goes into a Koenigsegg is built in-house; a feat that Ferrari may not even be able to claim.

I think that being based in Sweden has it advantages. While you may think that long nights are depressing, think about how much can get done when you don’t know when the night ends and morning begins. No wonder Koenigsegg is able to make everything itself. And fresh off the crazy cam-less engine tech, Koenigsegg showed off its rather special Triplex Suspension setup. The problem of making a supercar for the road is that while you want the car to be stiff and controllable, you also want it to be manageable to drive everyday. In other words, you don’t want your back to break every time you drive it. To find a middle ground, and to minimise compromise between comfort and racecar-like handling, Koenigsegg has developed its Triplex Suspension for the Agera R.

Comfort and agility are key, but if you can’t put all the power to the road, what’s the point? And with an incredible 1 140bhp to put to the road without being wasted, the rear of the car includes three shock absorbers: one for each wheel, and a third connecting the two wheels together.

Too much squat was experienced during take-off, and what Koenigsegg did was change the geometry of the suspension so that it actually couldn’t squat. This negatively affected the cornering ability of the car, so to counter that, the third shock absorber acts as an anti-squat dampener meaning Koenigsegg “can have a truer suspension geometry than otherwise,” as the website neatly says.

The Triplex third shock absorber and the anti-roll bar act in unison to both, keep the car stable and comfortable at the same time. When the anti-roll bar is not necessary, like when going in a straight line, the middle dampener acts to reduce the stiffness in the suspension. It also allows a certain independence from the wheels, systems using only an anti-roll bar would not achieve this. On uneven roads, for instance, energy would be transferred from one wheel to the other through the dampener, counteracting the anti-roll bar to make for a more comfortable ride.

The end result is an ability to use a stiffer anti-roll bar for increased handling prowess without compromising comfort because of the Triplex Suspension. The third shock is set up to be more slow-speed oriented, allowing for more comfort when going about your business in town, and when you put your foot down, it doesn’t get in the way of your drifting around corners.

While the Inside Koenigsegg videos may all be a marketing ploy by Koenigsegg, isn’t it rather lovely that the owner and creator, Christian Von Koenigsegg, takes the time to sit and explain all the cool things on his cars? Can’t say I’d see Luca di Montezemolo of Ferrari doing this. It might bring some humility to the Prancing Horse powerhouse.

Image: engine and car via Motortrend.com 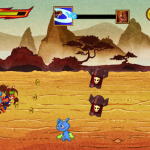