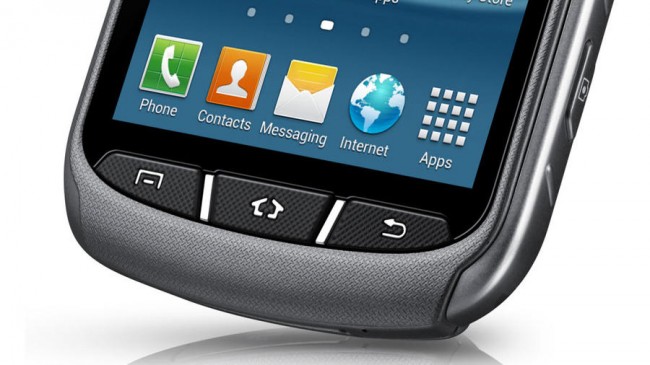 Samsung has always enjoyed dabbling with the rugged crowd: be it theoriginal Xcover or the Beam range, it’s enjoyed offering up more robust phones. The Samsung Galaxy Xcover 2 brings with it a whole new gamut of features and functionality and really shows straight away that it’s not a phone to be messed with.

Let’s get the key features that make it such a tough Mother Hubbard on the table now, shall we? Well firstly it’s IP67 certified, which means you can submerge it for up to 1 metre for 30 minutes before it will start to go a bit wrong.

In reality it means you can pop it in with the nightly washing up to get it all nice and clean after a day’s hard extreme rambling, or whatever it is you fancy doing. You can also chuck it in sand or drop it from a height of two metres before worrying about smashes – plus it has a neat screw-in battery cover on the back that means it won’t all fall apart should you do so.

But under all the tough exterior beats the heart of a decent smartphone – and it’s hard to explain how glad we were not to be looking at anotherSamsung Galaxy S3 clone, since this is all decked out in a plastic/rubber hybrid that makes it super easy to grip no matter what the conditions.

It’s hefty alright, with a 12mm (0.47 inches) thick chassis and a weight that tips the scales at nearly 150g (0.33lbs) – but you’re glad of all that when you’re holding it, because it gives the impression of impregnability that we assume you’re after.

The dual-core 1GHz processor, the 4-inch screen with WVGA resolution and the 1GB of RAM all combine to make an impressive phone – it’s basically an upgraded Samsung Galaxy S2 with a really protective shell whacked on the outside.

There’s also a killer feature that we love to see: the camera shutter button on the side. This can even be fired underwater, so if you’re taking a short snorkelling excursion over some quite picturesque fish, then you may snap away with the Samsung Galaxy Xcover 2 at 5MP resolution.

The LED flash also doubles up as a torch – sure, that’s nothing new, but on the new Xcover 2 you can set it so that the torch fires when you hold the Volume-Up key in sleep mode. It’s a useful feature, but hard to use without accidentally waking the screen at times.

Samsung was also keen to point out to us that the phone was upgraded with GLONASS technology to make tracking you more efficient than ever before. This is pretty important to the outdoorsy types, as being able to locate yourself, even on an offline map, is something that makes you feel a lot safer.

The only worry we have is over the battery size: it’s only 1700mAh and while the screen is smaller than others on the market, it still needs a bit of power behind it. Given the increased dimensions, we’d have liked to see a thicker phone and a larger battery instead.

Media-wise the Samsung Xcover 2 is pretty well stocked, if you’re prepared to invest. While it only has 4GB of onboard storage, you can add in another 32GB through the microSD slot (make sure you shut everything up before dunking the phone underwater, alright?) and the screen was bright and vivid enough to imagine it would be great for watching videos.

You can’t do that underwater though, since the headphone jack is under a cover too – you’ll need some submerged Bluetooth headphones if you’re that way inclined. Maybe you don’t want to go diving and work on a building site though – in which case you’ll be fine.

The Samsung Galaxy Xcover 2 is one of the better phones we saw at MWC 2013, simply because it was a different proposition to the rest of the identikit Samsung Galaxy family. We didn’t get to dunk it underwater, which is still a favourite test of all mobile phone reviewers, but we’re pretty confident it can stand the heat. Also literally.

It looks to not be a super-expensive handset either, which is a real plus for those thinking of picking it up, as the spec level belies a mid-range phone. We’re expecting this to land any month now on shop shelves, and if you’re in the market for a tough, attractive next-gen smartphone, the Samsung Galaxy Xcover 2 could certainly be worth checking out.

This article by  Gareth Beavis appeared on Techradar.com, a Burn Media publishing partner 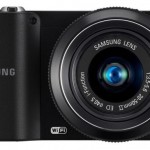