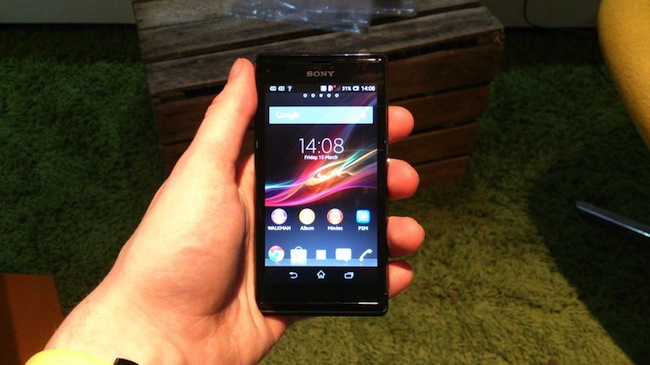 The Sony Xperia L is the latest smartphone to slide in at the bottom end of the Japanese firm’s range, launching alongside the mid-range Xperia SP to complete a trio of handsets headlined by the Sony Xperia Z.

It’s the natural replacement for the Xperia J, which launched at IFA 2012 alongside 007’s Sony Xperia T – handsets which bare a strong resemblance to the Xperia L in terms of design.

There’s no exact Sony Xperia L release date for now, all we’ve been told is that it will arrive during the second quarter of the year. The price is also still a mystery but we expect it to land around the £200 (around $300/AU$290) mark.

When we said it borrows design cues from the J and T we weren’t kidding, as it’s difficult to tell the trio apart.

Sony has stuck with the same curved rear made famous by the Sony Ericsson Xperia Arc on the Xperia L, instead of cladding it in the straight-edged, glass finish found on the Xperia Z.

A noticeably plastic finish greets you when you pick up the handset, but it feels sturdy and there was little flex in the body – meaning the Xperia L doesn’t feel too cheap.

The curved, soft touch plastic rear does mean the Xperia L sits comfortably in the hand and offers a good level grip.

It’s a well-balanced device and although it may look chunky at the ends, it’s positively slender in the middle measuring in at 130.6 x 67.1 x 9.98mm.

Something which the Sony Xperia L has borrowed from its high-powered brother is the distinctive power/lock key located half way down the right hand side of the handset.

Also on the right side is a volume rocker switch and a dedicated camera key, all of which are easy to hit one-handed.

Up top there’s a 3.5mm headphone jack while on the left is a microUSB port.

The front of the Xperia L is dominated by its 4.3-inch FWVGA display with the standard Android keys appearing onscreen instead of below it.

With this is mind we were disappointed about just how much bezel was left under the screen, with the chunky plastic adding what appears to be unnecessary bulk to the phone.

The screen itself is a pretty decent offering, especially if the Xperia L does come in sporting a sub-£200 price tag, with colours appearing vibrant while text and images look pretty sharp.

Of course on closer inspection you’ll be able to define pixels, but with a decent viewing angle and a bright, 854 x 480 resolution it’s difficult to fault it at this price point.

On screen the action is provided by Android Jelly Bean, version 4.1.2, with a 1GHz dual-core processor running the show under the hood.

General navigation is snappy and we were able to move swiftly through homescreens, of which you can have up to seven, and dive in and out of the app list without too much hassle.

The responsive touchscreen means the Xperia L doesn’t have trouble registering your various pokes and prods, which also helps to enhance the user experience.

Sony has applied its own layer of gloss to Jelly Bean, with its homescreen editor function allowing you to quickly and easily manage your widgets, apps and shortcuts as well as changing the phone’s theme and wallpaper – making it that bit more personal. Lovely.

The custom user interface also sees the addition of the handy quick settings toggles in the pull down notification bar, allowing you to control things such as Wi-Fi, Bluetooth and NFC without having to dive into the full-blown menus.

Applications aren’t quite as speedy though, with most taking a second or two to load up with more demanding apps such as the camera sometimes taking even longer to sort themselves out.

We never encountered a drastic delay, but it is a contrast to the relatively fluid app list and homescreens.

The keyboard is relatively basic but this isn’t a bad thing at is allows for well spaced keys and acceptable next word prediction resulting in us typing pretty quickly.

In terms of photographic ability Sony has equipped the Xperia L with an impressive 8MP rear facing camera which also boasts a single LED flash, 720p video recording and HDR and panorama modes.

You also get a front facing VGA quality snapper on the front of the Xperia L, but it’s the offering round the back which helps the handset stand out from the competition.

As we’ve mentioned the camera app isn’t the quickest which can be a little frustrating, especially if you’re trying to nab a quick pic – with a tardy auto-focus not helping either.

The inclusion of a dedicated camera key on the right of the handset means it easier to access the application and snap photos, as you don’t have to mess about with the on screen shutter.

Pictures were acceptable but we weren’t blown away with the quality, although to be fair the Sony Xperia L we were in an oddly lit location which probably didn’t help things.

You can whip the rear cover of the Xperia L off, but do this carefully as the case is hooked over the top and bottom of the device and a sudden application of brute force could spell the end of the plastic case.

The rear cover is available in three colours; black, white and red, with the white version of the handset also sporting the same coloured finish on the front.

Under the cover you’ll find a microSD slot and a removable 1,750mAh battery. Pop the battery out and there’s access to the SIM card slot too.

Sony has squeezed 8GB of internal storage into the Xperia L, although only 5.5GB is free, so you may be grateful for the microSD option.

As this is a Sony handset it also comes with the firm’s various bells and whistle in terms of pre-installed apps (or bloatware, depending on your views).

There are dedicated Walkman, Album and Movies applications plus Sony’s Music and Video unlimited streaming services are also plonked onto the Xperia L.

If you’re a fan of gaming then you’ll be pleased to learn the Xperia L also supports PlayStation games via the PlayStation Mobile app.

Sadly there was no content pre-loaded onto the handsets we go hands on with, so we were unable to test out its media capabilities.

We also lacked a web connection which meant we couldn’t surf the internet, but we did note the Xperia L only has the Chrome browser – no stock Android offering in sight.

The early signs are positive for the Sony Xperia L which brings a decent set of features to the bottom end of the market and although it won’t be as cheap as the likes of the ZTE Blade 3, Huawei Ascend G330 and Nokia Lumia 520, it will still register as affordable for a lot of people.

Generally it copes with everything pretty well and while there is a hint of slow down every now and then that’s expected from cheaper handsets.

We look forward to getting the Sony Xperia L in for a full review to see how well it handles media and the world-wide web – we’re keeping our fingers crossed. 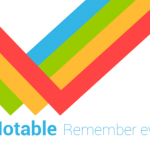